On Monday, speaking at an event hosted by the Institute of International Finance, JPMorgan Chairman and CEO Jamie Dimon once again said the outlook for bitcoin is grim. At various times in the past Dimon has gone on record calling bitcoin “fool’s gold” and “a fraud.” Dimon doesn’t understand.

“I personally think that bitcoin is worthless,” Dimon, “the bellwether of the Davoisie,” said most recently of the $1 trillion asset, the first cryptographically-derived currency that has kick-started an industry working to reinvent money, the internet and, yes, banks.

Of course, while Dimon has his own personal beliefs – they don’t quite measure up to the position of JPMorgan. In recent years, the largest bank in the U.S. by assets has rolled out its own digital currency, JPM coin, has moved hard into crypto asset research and, in August, has opened access to crypto funds for its wealthy clientele.

It’s easy to write off Dimon’s comments as hypocritical – coming from someone willing to profit from an industry while also questioning its fundamental value. And, indeed, Dimon has regretted calling bitcoin a fraud. “I don’t want to be a spokesperson – I don’t care. It makes no difference to me,” Dimon the nihilist told the IIF.

This mercenary attitude goes far in explaining why Dimon is routinely caught off guard by bitcoin, and why the industry seems to carry on and thrive despite his criticisms. Take his comments yesterday regarding bitcoin’s supply cap, theoretically locked in at 21 million BTC.

“I’ll just challenge the group to one other thing: How do you know it ends at 21 million? You all read the algorithms? You guys all believe that? I don’t know, I’ve always been a skeptic of stuff like that,” he reportedly said.

Although not at the center of his critique of bitcoin’s long-term viability – which tends to go back to regulatory risks and potential crackdowns – this question does penetrate the heart of bitcoin’s value proposition. A fool isn’t someone who asks dumb questions but fails to listen to answers, someone, somewhere at some time, may have said.

The quick and dirty response is that bitcoin is the only monetary system that offers certain guarantees – including “ending” at 21 million coins. That’s what sets it apart from the fiat model.

an irrevocable right to money through holding private keysa right to audit the money supply by running a nodethe right to know bitcoin’s money supply and issuance policy (those “halvenings” you may have heard about)the right to dissent – both by rejecting changes made to the protocol, and, unstated, by dropping out of U.S. dollar hegemony.

Some of these guarantees are technological, or embedded in the code that, as Dimon notes, is auditable. Others are socially directed. Bitcoin as a digital network will always enable the ability for users to hold their coins and transact peer-to-peer. Likewise, people will always be able to run a node and audit the money supply. It’s in the code.

Dimon’s question about the supply cap gets into squishier territory. He’s right in saying that there’s no technological limit in place to prevent developers from changing that particular characteristic of Bitcoin. And, depending on how things go, there’s at least a possibility that there will be economic incentive to add more coins. As Blocktower Capital’s Ari Paul put it in response to Dimon on Twitter: “So really the question is, ‘will people change the code.’”

Last month, former Bitcoin Core contributor Gavin Andresen wrote a bit of science fiction discussing one of those “possible” futures. There are essentially two bitcoins here: the version we’re running now that is slightly inflationary and secured by a mining subsidy – the network pays out a predictable amount of coins to those willing to expend energy to build the blockchain through a process called “proof-of-work” – and the one after the subsidy is gone.

Sometime in 2140, all 21 million BTC will have been issued to miners and the network will rely on fees to pay for security. It’s reasonable to ask what happens then, especially as others have noted bitcoin’s fee economy has yet to mature. Thankfully, most people in the bitcoin community have the humility to say that they don’t know.

“We can’t guarantee a fee market for Bitcoin will work. We simply don’t have the data for this,” a well-regarded writer with a hardline stance on Bitcoin who I won’t name said. But there are still larger order rights that bitcoin can guarantee, even if the experiment fails. Chiefly, it’ll remain hard money.

Read more: With 18 Million Bitcoins Mined, How Hard Is That 21 Million Limit?

As Paul writes, anyone can change bitcoin’s code at any time they want. The trickier thing is getting people to use it, for miners to secure it and for developers to build on it. That’s the social technology that secures Bitcoin. As a matter of consensus, bitcoiners can change the 21 million cap. But it depends on what is in their economic interest. In the past, powerful groups sought to change a fundamental characteristic of bitcoin and were shot down. There have also been a number of altcoins that take bitcoin’s source code and change a few parameters.

The 21 million cap may not be encoded into bitcoin permanently, but it’s become a definitional aspect of it. If it were to change, that wouldn’t be Bitcoin. It’s part of the brand, yes. But also what believers are buying into – that bitcoin separates itself from an inflationary economy that sees primarily the rich get richer. That’s precisely what Dimon fails to grasp. That bitcoin is not just code, but a community.

He may not “care” about Bitcoin. But plenty of people do. Like, a lot. 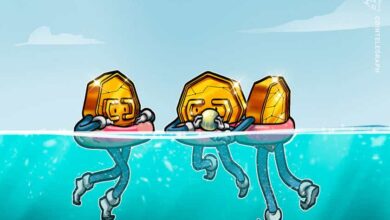 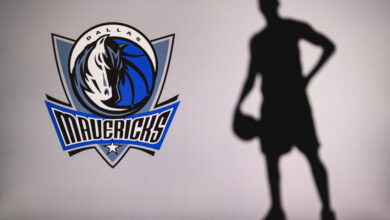 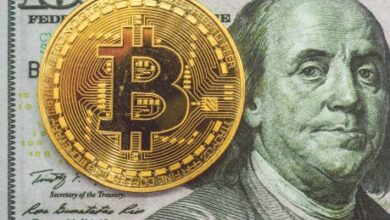 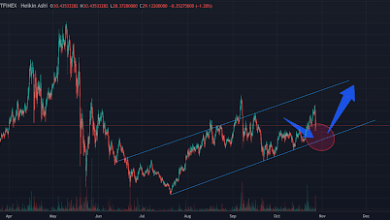 Sales across the crypto market: Bitcoin loses the $60k level