Cryptocurrencies currently face a number of challenges, including scalability, energy consumption, and the ability to interact with regular money.

Cardano calls itself a third-generation public blockchain. Its community is working to solve these problems and to improve on its predecessors, such as Bitcoin and Ethereum.

As of October 2021, Cardano is the fourth-biggest cryptocurrency by market capitalization.

Cardano is an open platform that seeks to provide economic identity to the billions who lack it by providing decentralized applications to manage identity, value and governance

It was created by a team led by Charles Hoskinson, in a bid to create a “more balanced and sustainable ecosystem” for cryptocurrencies. Originally developed as a research project, Cardano has evolved into a blockchain platform in its own right. Its creators believed that smart contract blockchains such as Ethereum face challenges around scalability and interoperability, and that those challenges can best be addressed by a new platform developed from the ground up.

The person most responsible for the creation of Cardano is Charles Hoskinson, who was actually one of the co-founders of Ethereum.

Cardano began in 2015 as a research project to explore how cryptocurrencies could be improved.
Cardano was first released to the public on September 29, 2017 with the Bryon phase, supporting only ADA transactions.
🖧 The next phase, Shelley, launched in July 2020. It improved the network’s decentralization, and meant that holders could stake ADA.
The third stage, Goguen, adds support for smart contracts via the Alonzo hard fork, and native token issuance.
The final stages are Basho, which focuses on scaling, and Voltaire, which deals with on-chain governance.

Cardano names its major product milestones after famous English poets. The network has finished the Byron and Shelley stage and is now in the Goguen era.

What’s so special about Cardano?

The team behind Cardano has been inspired by the world of science publishing, and has adopted its peer-reviewed approach for their cryptocurrency.

What does that mean? Well, all changes and new features introduced are developed, reviewed and agreed upon by academics before being used, including the network’s consensus algorithm, Ouroboros (of which more later). The code for the network is written in the Haskell programming language, which is used by companies including Bank of America and AT&T. And IOHK, the company behind Cardano, has published a number of academic papers describing the platform and its technology.

But that’s not all!

The Ethereum network currently uses the proof of work consensus mechanism to verify transactions, which uses a lot of electricity and can only process a limited number of transactions at once. Cardano uses proof of stake, which consumes less power; the network uses an algorithm called Ouroboros to choose who creates the next block and to validate blocks. (The Ethereum 2.0 upgrade will see Ethereum switch to proof of stake by as early as the end of 2021).

“If we get [proof-of-stake] right, the network will be 250 times more decentralized than Bitcoin.”

Cardano developer IOHK has already made progress in identity management and traceability, announcing a number of partnerships; in 2019, IOHK teamed up with footwear manufacturer New Balance to tackle counterfeit sneakers, enabling customers to confirm the authenticity of products using the Cardano blockchain. In April 2021, the company partnered with the Ethiopian government for an identity solution to be rolled out in schools.

Ultra-fast transaction speeds and interoperability with other blockchains are in the works too.

Cardano’s coin is named ADA after Ada Lovelace, a 19th-century mathematician recognized as the first computer programmer, and daughter of the poet Lord Byron.

What else is different?

There are three parts to Cardano:

How is ADA produced?

Cardano’s ADA currency isn’t mined like Bitcoin. Instead of miners there are validators, which are chosen by the network depending on how much ADA currency they currently own.

Ouroboros is Cardano’s defining algorithm, the first blockchain protocol to be based on peer-reviewed research, and the project’s solution to proof-of-stake.

Ouroboros divides transactions into epochs, which are subdivided into time slots. A slot leader is elected for each time slot and is responsible for adding a block to the chain. A new slot leader is required to consider the last few blocks of the received chain as transient. This is known as the “settlement delay,” and is the mechanism through which the ledger is securely passed between participants.

How do you get hold of ADA?

As one of the leading top 10 cryptocurrencies, Cardano’s ADA is available to buy or trade on most leading exchanges, including Coinbase, Binance, Kraken and eToro.

What can you do with Cardano?

While you can buy and trade ADA like any other cryptocurrency, and use it to pay for transactions on the blockchain, it isn’t regarded in the same way as a currency like Bitcoin, which can be used to buy goods and services.

On the Cardano platform, users need to buy ADA to make transactions, participate in governance, become a slot leader, and earn a share of fees paid for transactions.

“[Cardano] actually does the things that we’ve always wanted to do in cryptocurrencies, which is build a financial operating system for people who don’t have one—one that actually can compete with a global financial system.”

In July 2020, the Shelley upgrade enabled delegated staking. For the first time, ADA owners were able to pool their coins with other users in order to earn the cryptocurrency.

The launch enables Cardano to now go head to head with other blockchains that use smart contracts, most notably Ethereum, which has used smart contracts since way back in 2015. Charles Hoskinson, founder of Cardano, said Alonzo would kickstart a “new Era of Cardano.”

However, the launch of the Alonzo hard fork wasn’t entirely smooth sailing. The first decentralized application (dapp) launched on the platform, a multipool exchange named Minswap, was forced to shut down shortly after its launch because it struggled to process multiple transactions at once.

IOHK pushed back at accusations that the dapp struggled to perform concurrent transaction processing, describing them as “outright FUD and misinformation”.

IMPORTANT THREAD: Over the past 24 hours we have seen a lot of social media speculation (and let’s face it, outright FUD & misinformation) over Cardano’s ledger approach and specifically ‘concurrency’. Let’s clear this up. #Cardano $ADA 1/n

In a September 2021 blog post, IOHK argued that Cardano’s smart contract design is a feature, not a bug, resulting in improved security and a reduced likelihood of unexpected fees, and that concurrency issues like those faced by Minswap can be avoided.

Mining ADA consumes a fraction of the energy it costs to produce Bitcoin—so Cardano was one of a number of proof of stake cryptocurrencies to benefit from a new emphasis on greener credentials for crypto, after Tesla CEO Elon Musk shone a spotlight on the topic. Soon after Musk’s May 2021 announcement that Tesla would stop accepting Bitcoin for payments, “green” cryptocurrencies, including Cardano, shot to new all-time highs. In July, digital asset manager Grayscale added Cardano to its Large Cap Cryptocurrency fund.

In September 2021, a report from crypto VC Outlier Ventures revealed that Cardano was ranked a close second to Ethereum in terms of monthly active developers, with Cardano also nabbing the top spot for the most GitHub commits per month between July 2020 and June 2021.

At the Cardano Summit in September 2021, Hoskinson outlined the future of Cardano to an audience of digital avatars, announcing a dapp store for Cardano, as well as a light mobile wallet and an integration with Chainlink.

Its Alonzo growing pains notwithstanding, if Cardano can prove that its rigorous approach to cryptocurrencies can bring big business into the world of blockchain, it could find itself at the forefront of a crypto revolution in the years to come. 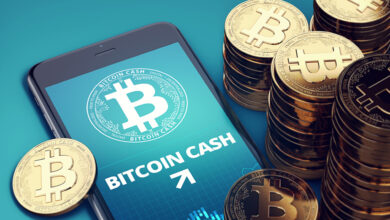 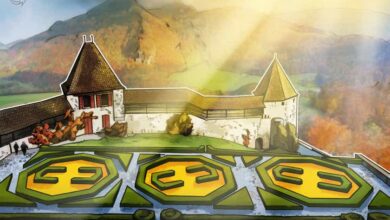 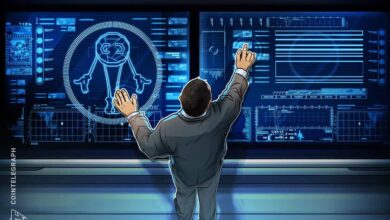 ‘Massive upgrade’ on VeChainThor to bring in secure, use-case-adaptive approach