Bitcoin Could Take You in The Air

Local news media reported recently that Maiquetía International Airport could soon jump on the cryptocurrency bandwagon by allowing clients to pay for tickets and other services in Bitcoin, Dash, and Petro – a digital asset issued by the Venezuelan government. Freddy Borges – Director of the airport – noted that Sunacrip – the country’s cryptocurrency watchdog – will coordinate the initiative:

“We will activate a button that is for payment of cryptocurrencies in the airport platforms and commercial activities, in coordination with Sunacrip.”

Recently, Russian and European tourists have been flying into some of the touristic hotspots of Venezuela. Borges opined that after the initiative, travelers would be able to visit more parts of the South American nation and thus bolster its economy. It would also increase the international standards of Maiquetía Airport:

“Just as Russian passengers arrived in Margarita, they will also come to La Guaira, through Conviasa so we must advance in these new economic and technological systems that can be accessed.”

Maiquetía International Airport is the largest airport in Venezuela and the main gateway to the country. Located northwest of the capital Caracas, it handles both domestic and international flights.

The dictatorship country versus the decentralized nature of digital assets. At first glance, it seems like these two would not be a great match, but somewhat surprisingly, it is not the case in Venezuela.

The financial struggles of the nation, such as hyperinflation and poverty, have led to an increasing love for bitcoin and other digital assets among the local population. As such, it is no wonder that the Latin American country is one of the leaders in terms of cryptocurrency adoption.

Last year, Burger King Venezuela allowed customers from Caracas to settle their bills with some of the most popular cryptocurrencies, such as Bitcoin, Litecoin, Ethereum, Binance Coin, Dash, and Tether.

Here for the Bitcoin Revolution or Just the Sick Macro Gains? 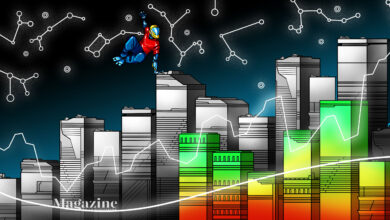 Crypto as a ‘public good’ in the 22nd century