The U.S. has become the world’s leader in bitcoin mining following the renewed crackdown on the industry in China, the Cambridge Centre for Alternative Finance (CCAF) said.

The latest CCAF data shows the U.S accounting for 35.4% of the global hashrate – the world’s total computational power used to mine bitcoin – as of the end of August, more than doubling from 16.8% at the end of April.
Kazakhstan and Russia followed the U.S. with shares of 18.1% and 11%, respectively, up from 8.2% and 6.8% in April, according to the CCAF, which is part of the Cambridge Judge Business School.
China’s share has “effectively dropped to zero,” according to the CCAF, following the government-mandated ban on crypto mining in the country.
While the immediate effect of China’s crackdown was a 38% decline in the global hashrate in June, there was a 20% rebound in July and August, suggesting that Chinese bitcoin mining operations had successfully redeployed their equipment overseas.
Where China’s dominance of the bitcoin mining industry peaked at over 75% in September 2019, the immediate trend suggests there will be no one clear winner. The crackdown has driven firms to see the need to spread their operations around rather than centralizing in one location. 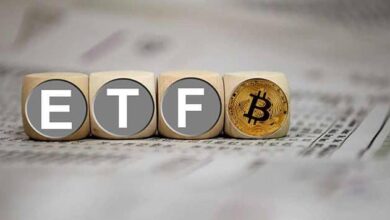