Following Turkish president Recep Tayyip Erdoğan’s declaration of “war” against crypto, one of the biggest exchanges in Turkey, Coinzo will soon be closing its doors.

Coinzo, one of the largest crypto exchanges in Turkey by daily trading volume, follows Thodex and Vebitcoin, announcing its shutdown on Monday, 11 Oct 2021. There was no reason provided. Users will be allowed to log in on Coinzo’s website for the next six months to withdraw Turkish Lira and cryptocurrencies. Withdrawals in Turkish Lira can only be made to a bank account with the name as the Coinzo account from which it is being transferred.

To regulate or not to regulate

It is unfortunate that yet another exchange in Turkey has had to close its doors, amidst what appears to be a lack of clarity in how the government views cryptocurrency and its associated regulatory challenges. In April this year, the central bank announced a ban on cryptocurrency payments. In July, the deputy minister of treasury and finance, suggested that countries that ban cryptocurrencies are those with democracy problems, implying that Turkey would not want to have that label by banning cryptocurrency completely. Then, in Sep 2021, the president of Turkey, Recep Tayyip Erdoğan, announced that Turkey is “at war” with cryptocurrency, even though a draft law was in the works to regulate cryptocurrency.

Adoption of crypto grew in Turkey, due to the devaluing of the Turkish lira, and general uncertainty in the financial sector.

Thodex and Vebitcoin, two other exchanges, closed earlier this year. In the Thodex incident, many users filed complaints against the exchange, after the exchange went offline, and funds could not be withdrawn. The owner fled the country, reportedly taking $2B of assets from the exchange. Sixty-two people were arrested in connection with fraudulent activity. In the Vebitcoin shutdown, the reason for the shutdown was described as “financial strain,” and the Turkish government reported four arrests.

Coinzo has assured all who have holdings that all crypto assets are safe and that they have suspended trading pairs with the Coinzo token (CNZ), and the Turkish lira, protecting users from being at disadvantage following the lira’s fluctuations after the announcement. The company will not charge crypto asset holders who withdraw their holdings into a bank account. The company has also provided instructions on how to withdraw their assets for deposit into another crypto wallet. 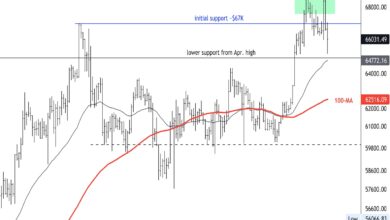 Isaiah Jackson: The U.S. Needs to Consider Bitcoin as a Store of Value