Coinzo, the first Turkish cryptocurrency exchange with over $50 million in daily transactions, announced on Monday that it has ceased trading.

The company announces that it will leave the platform online for six months, but without the ability to trade cryptocurrencies, only to give its users the opportunity to withdraw money. No further explanation is given as to why the exchange has taken such a decision.

“Our support team will continue to provide solutions to our users’ problems during this process”, Coinzo reports on its website, reassuring that “all Turkish lira and crypto money assets belonging to our users are safe”.

Cryptocurrency holdings below the minimum withdrawal limit will be credited to users’ Turkish lira accounts within a week of the announcement.

Coinzo will close, but users’ funds are safe

This closure comes just a few months after that of two other large Turkish exchanges, Thodex and Vebitcoin. According to some, the closure of these two exchanges was a consequence of the Turkish Central Bank’s decision to ban the use of cryptocurrencies for payments.

On the other hand, Turkish Prime Minister Erdogan had been very harsh with cryptocurrencies in September, stating in no uncertain terms that the country will never support cryptocurrencies.

The Turkish Prime Minister’s September statements represent a rather contradictory attitude of the country towards the world of cryptocurrencies. For some time now, the Central Bank has been studying an advanced project for its own digital currency. The Central Bank itself initially banned the use of cryptocurrencies as a form of payment and clamped down on the country’s main exchanges. This was to avoid possible links with money laundering.

This enthusiasm for cryptocurrencies has been followed over the months by a number of scandals involving crypto exchanges and companies, such as that of Thodex.

One of the country’s oldest exchanges, founded in 2017, stopped operating without giving any further explanation. In the following days, the Turkish prosecutor’s office made 62 arrests and issued an international arrest warrant for the exchange’s founder, Faruk Fatih Ozer, who may have flown to Albania or Thailand on the strong suspicion that he had siphoned off $2 billion of his customers’ money.

This fact convinced the Central Bank to put a heavy clampdown on the cryptocurrency market. Other exchanges have also decided to stop their activities, as also announced by Coinzo on Monday. 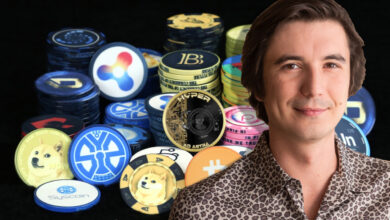 China Says Its Bitcoin Industry Is Pretty Much Dead