Decentralized Exchanges (DEXs) have been one of the main drivers of decentralized finance (DeFi), thus raising considerable interest from institutional investors. But as DEXs strongly differ from traditional trading venues, financial institutions should be aware of the opportunities and risks involved.

Decentralized finance (DeFi) is one of the biggest success stories in the digital asset space, all but killing the refrain that blockchain technology was a “solution in search of a problem”. After finding an initial home on Ethereum, developments in interoperability and scalability on other platforms have enabled the segment to attract close to $175 billion in locked-in funds, up from under $10 billion a year ago. In addition, DeFi is now drawing in significant sums in venture capital.

Although virtually every new initiative claims to be offering something different, the majority of DeFi’s growth has been driven by two main segments:

The latter has undergone several iterations over the years, but the embedded model is broadly based on the ideas pioneered by exchanges such as Uniswap and Bancor.

What exactly is a DEX?

In a nutshell, a DEX connects sellers and buyers and automatically calculates exchange rates and fees based on supply and demand. Rather than buyers and sellers being matched through an order book like on a centralized exchange, smart contracts perform all trades. DEXs like Uniswap typically operate by means of liquidity pools comprising a pair of tokens. Such a liquidity pool might contain Bitcoin (BTC) and a US-dollar stablecoin like Tether (USDT), for example.

In return for providing liquidity to the pool by “locking in” assets, users often referred to as “yield farmers” earn a share of the transaction fees paid by traders who use it to swap tokens. Yields adjust according to the relative scarcity of assets in the pool. Returning to the previous pair for instance, if the volume of USDT were running low, the yield would automatically increase to incentivize users to provide more liquidity. The goal is to create a decentralized and automated trading system. Other exchanges like Balancer operate multi-token pools, whereas Curve Finance focuses on stablecoin arbitrage.

While much of the growth in the use of DEXs has been driven by the retail segment, there is increasing evidence of institutional interest in the space, according to a recent report from Chainalysis. However, DEXs are a very different proposition from their centralized counterparts and come with a unique set of opportunities and challenges for institutional players.

The advantages of DEX

Firstly, their open and permissionless nature means that DEXs can list an extraordinarily large array of tokens, as anyone can launch their own liquidity pools. At one point in 2020, Coindesk reported that Uniswap had added over a thousand new token pairs in a single week. Therefore, DEXs give early investors the ability to start trading with sufficient liquidity before a token becomes listed on a centralized exchange. Furthermore, as all activity on a DEX is governed by the underlying smart contracts, traders do not have to give up custody of their funds to a third party.

In addition, DEXs can provide higher execution reliability during high volatility events caused by cascading liquidations of derivative positions on centralized exchanges. While CEXs might not be responsive at all for short periods of time due to API overloads, DEX trading remains functional and orders can be reliably executed, although the fees required to complete transactions might drastically increase in the short term (particularly in the case of Ethereum-based transactions).

Unfortunately, many of the benefits of using a DEX are a double-edged sword, and institutional users, in particular, face certain risks. For one, most of DeFi is currently unregulated and participants typically do not undergo KYC. Anyone can download a wallet such as Metamask and start trading tokens immediately. The lack of regulation acts as a honeypot for scam token operators launching their own pools, and DEXs have also been implicated in money laundering. For instance, after centralized exchange KuCoin suffered a major hack in late 2020, the culprits used decentralized exchanges to trade nearly $20 million of stolen tokens. The lack of a regulatory compliant legal framework creates an entry barrier for institutions that are forced to act within the confines of licensed secondary markets.

Similarly, slippage and front-running are also common risks on DEXs. Blockchain transactions are not instant, and in the volatile cryptocurrency markets, prices can move in the time it takes for an order to be executed as a confirmed transaction. On-chain trading is also subject to network congestion which may lead to much higher execution fees compared to centralized exchanges.

Furthermore, due to the open nature of public blockchains, anyone can view the pool of transactions waiting to be confirmed. Front-runners set up bots to scan the pool for potentially profitable arbitrage trades, and when they spot one, they immediately make the same transaction, but for a higher fee, making it more attractive for a miner to pick out of the queue. Many DEXs and platforms have taken steps to combat this risk, but it remains a persistent problem.

Similarly, the transparency of the smart contract code underlying DeFi protocols allows anyone to view it, but that also means anyone can find and exploit code bugs and vulnerabilities. As such, smart contract risk is a persistent problem for the DeFi sector, resulting in a proliferation of dedicated DeFi insurance pools, such as Nexus Mutual or Opium Insurance, which offer coverage for smart contract risk. It is also becoming more common for projects to use code auditing services from established cybersecurity consulting firms like CertiK or Kaspersky, as well as pay generous bug bounties to white-hat developers.

A challenging, but improving user experience

Beyond the risk element, institutions may also find that the DEX user experience lacks in several areas. Although it is theoretically possible to trade any tokens, only the largest pools have sufficient depth of liquidity for large trades. DeFi exists entirely separately from the traditional financial system, so there is no way to get started on a DEX using fiat currencies. Instead, the user must first obtain crypto using a centralized service before they can participate in DeFi. DEXs also necessitate self-custody, whereas many institutions may prefer to use a custody provider for digital assets.

At the outset of the DeFi wave, user interfaces often tended to be an afterthought for developers who were more focused on smart contract code. This is evidenced by the user interface of services like Curve Finance which still have the look and feel of a DOS-based computer program of the 1980s. In addition, DEXs tended not to offer the range of order types, charting tools, or technical indicators found on many of their centralized counterparts.

However, this is rapidly changing. The more recent emergence of DEXs like dYdX and Perp offer decentralized, self-custodial spot and derivatives trading combined with a user interface similar to a CEX. This shows that decentralization does not necessarily need to come at the expense of features and user experience.

Decentralized exchanges have made huge advances in recent years, growing from a niche concept to accumulate billions of dollars in locked-in assets. While institutions are rightly intrigued by the concept and some are keen to capitalize on the transformative potential of DEXs, they should be aware of the regulatory and operational challenges involved.[JB1]

The post The pros and cons of decentralized exchanges for financial institutions appeared first on The Cryptonomist. 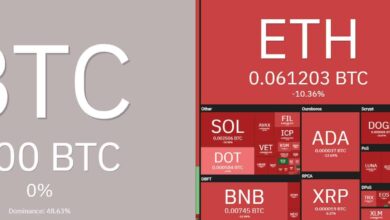 All Top 30 Altcoins Crashed Against BTC Weekly: Shiba Inu (SHIB) is the Only One Up 80% 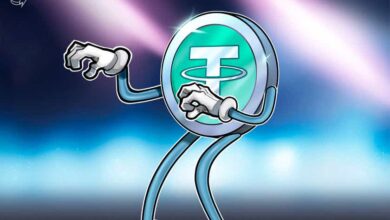 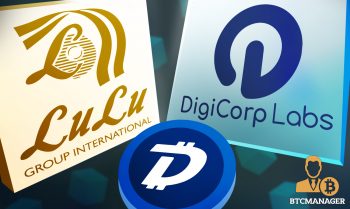