The American dream of owning a home and financial freedom has been killed by the inequality in our legacy system. But Bitcoin offers a new dream.

For decades, home ownership has been the vehicle through which the middle class prospered. Unfortunately, with institutional and foreign investors bidding up home prices and the money printer going brrr, the “American dream” is now out of reach for many. In fact, as of 2017, there were more U.S. households renting than at any point in the previous five decades.

It is for this reason that I propose bitcoin as an alternative to home equity. While the American dream may be dying, the Bitcoin dream is just beginning. Using lessons from history, I will outline eight reasons why bitcoin is far superior to residential real estate:

There will never be more than 21 million bitcoin. While your grandfather may have told you, “Buy land, they aren’t making any more of it,” this isn’t exactly true anymore.

As technology advances and government regulations change, humans are able to “create” more land, thus increasing supply by building taller apartment complexes and developing areas that were previously uninhabitable. With Bitcoin, you are instead opting into a network with a predictable issuance and known money supply.

Anybody can buy $1 or $1 billion of bitcoin. Divisibility makes bitcoin accessible to all and allows investors to dollar-cost average instead of having to time the market with one large investment. Instead of having to spend a decade saving a debasing currency in the hopes of accumulating enough for a down payment, investors can start stacking sats the moment they earn their first dollar. Moreover, by consistently buying small amounts of bitcoin, purchasers do not have to be afraid of buying the cycle top in the same way those who buy real estate do.

History lesson: In July 2006, tens of thousands of Las Vegas residents bought homes that now, 15 years later, have just broken even. These unfortunate residents took out loans at the absolute peak of the housing bubble and were subsequently forced to spend the next 30 years of their investable income servicing their mortgage.

A bitcoin in Canada is no different than one in El Salvador. The non-fungibility of housing complicates the purchasing decision. Is the house close to a good school? Is it near the subway? Is it a good size? Is it in a growing city? These are just a few of the dozens of ever-shifting factors that impact the value of your home.

What happens if the subway is moved, the school closed or the zoning laws changed? Although real estate as a whole may be appreciating, your house may be losing value for reasons beyond your control.

History Lesson: In March 2020, the switch to work from home caused a sharp selloff in New York City real estate. While the owners of downtown apartments watched their life savings evaporate, less than 100 miles away, owners of Hamptons real estate experienced record appreciation and all-time price highs. In this case, a random set of homeowners were rewarded while others were crushed.

Bitcoin can be bought, stored and sold for virtually zero fees. For most American homes, it is estimated that maintenance, repair and depreciation costs amount to roughly 3% of the property value per year. Additionally, homeowners must pay significant transaction costs and property taxes. In contrast, bitcoin can be safely bought for fees as low as 20 basis points (bps) and can be stored for free with a paper wallet.

All market data is available on-chain for anyone to see. As institutional investors such as Blackstone and technology companies like Zillow become increasingly important for buyers in the housing market, the market’s information asymmetry widens.

Now, in addition to very limited pricing data, everyday Americans are entering bidding wars with companies that have hundreds of billions of dollars under management and thousands of transactional data points from which to base their decisions. Unlike the obscure housing market, the Bitcoin network lets any participant access and analyze every historical transaction, dating all the way back to its inception.

Bitcoin can be bought and sold anywhere in the world, 24 hours a day, 365 days a year. This constant price discovery not only leads to fewer price anomalies but is also of incredible value in times of emergency.

History lesson: In 2013, when China established its first cryptocurrency ban, bitcoin owners were able to instantly sell or transfer their holdings. Conversely, in July 2021, when China seized the property of anti-communist protesters, homeowners were powerless as their life savings were confiscated.

Bitcoin allows you to move whenever and wherever you want. Although often used tongue in cheek, the saying “the old ball and chain” is appropriate when talking about housing.

Locking yourself into a 30-year mortgage that eats half of your disposable income is a recipe for disaster. As the rate at which people switch careers and move geographies increases, having the ability to pack up and leave with minimal friction is increasingly valuable.

History Lesson: In the early part of the 20th century, over six million African-Americans relocated from the rural South Cities to the North to avoid strict segregation laws and seek out better opportunities. In order to relocate, these residents were forced to sell their homes and incur all of the associated transactional costs and inconveniences.

Bitcoin gives you a call option on the future. Bitcoin is an open-source protocol that has a built in virtuous cycle: as the network grows, developers are incentivized to build on top of it which, in turn, further strengthens the network. If you believe that the future of payments, investments or even money itself could be built on top of the Bitcoin network, owning the asset gives you upside exposure.

The American Dream Is The Bitcoin Dream

With the desire for home ownership so firmly entrenched in the American subconscious, swaying the public opinion is no easy task. By arguing from first principles and relying on lessons from history, I hope this article helps present bitcoin as a better, safer and more accessible alternative to home equity. While the American dream may be dying, the Bitcoin dream has just begun.

This is a guest post by Leo. Opinions expressed are entirely their own and do not necessarily reflect those of BTC Inc or Bitcoin Magazine.

Does Ethereum react to Bitcoin the way silver does to gold 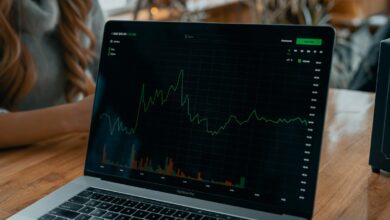 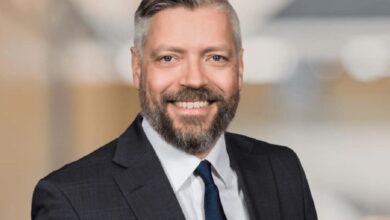 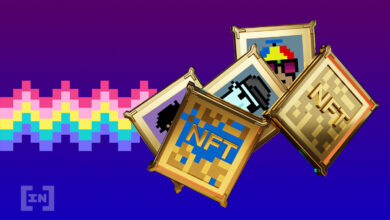