As the bitcoin market matures, there is an increasing number of options available to add the digital currency to retirement plans.

Bitcoin has been consistently gaining momentum over recent years, despite lingering concerns about its high volatility, energy consumption and risk of fraud. Last year, bitcoin (BTC) – the native cryptocurrency of the Bitcoin network – trounced gold and the S&P 500 with a 164% return. Gold, by comparison, rose 21% last year, and the S&P 500 Index gained 13%. Even with the current rebounding post-pandemic economy, bitcoin continues to lead the pack as the most profitable asset class of the three. So far this year, it’s up 69.55%, compared with a loss of 5.11% for gold and gain of 19.26% for the S&P 500.

With that performance, it’s not surprising 40% of young investors recently said they were interested in including bitcoin and other cryptocurrencies in their retirement plans.

So what are the benefits, risks and available options to be aware of?

Benefits of buying bitcoin for retirement

While bitcoin’s potential for growth is balanced by its volatility, much of that risk becomes mitigated in the long term when you understand its intrinsic properties.

Bitcoin has a fixed supply of 21 million coins, which means that unlike with fiat currencies like the U.S. dollar, no more can be created once the circulating supply reaches that figure. That is one of the major upsides for bitcoin’s projected value over time, which is expected to increase as the purchasing power of fiat currencies decreases because of inflation.

In addition to having a fixed supply, Bitcoin goes through what is called a “halving” event every 210,000 blocks (about every four years) where the reward for mining BTC transactions is cut in half. That reduces bitcoin’s inflation rate, improving its longevity. While it took four years to mine 50% of all bitcoins, it will take an additional 120 years to mine the remaining 50%. For long-term investors, that is a good thing, as it accentuates the assets’ limited supply.

A statistical model known as the bitcoin stock-to-flow model takes into consideration the asset’s supply (stock) and its annual issuance rate (flow) and uses that data to predict the future appreciation of BTC. Despite drawing criticism from a number of other traders, the model – created by pseudonymous trader Plan B – has forecasted the asset’s price well so far.

What’s most interesting, perhaps, is that the Bitcoin stock-to-flow model suggests BTC could reach $1 million per coin by as early as 2024.

The asset bitcoin’s most been compared with in recent years has been gold, historically considered to be a leading hedge against inflation. Both bitcoin and gold have a scarce, limited supply, but the advantages of bitcoin over gold include the fact that BTC can be transported instantly, it’s significantly cheaper to store and secure, and it’s easily divided into smaller units and impossible to counterfeit.

Bitcoin’s price has also consistently outperformed gold since its inception in 2010.

Here’s how much $1 would be worth if invested in the given year.

How to invest in bitcoin for retirement

One of the leading ways to invest in bitcoin for retirement is through a bitcoin Individual Retirement Account (IRA). A bitcoin IRA is self-directed, meaning the account owner chooses which investments they wish to make. That opens the doors to investing in alternative asset classes like real estate, precious metals and cryptocurrency.

Bitcoin IRAs work much like traditional ones, except your money goes toward cryptocurrency instead of mutual funds.

Like with a Roth IRA, you pay taxes upfront on the assets you hold instead of when you come to withdraw them. That is advantageous for investments that yield high returns, as bitcoin has a tendency to do. Bitcoin IRAs also have yearly contribution limits akin to traditional ones – typically around $6,000.

There are three parts to a bitcoin IRA:

A custodian is a third party that manages the account and makes sure it adheres to Internal Revenue Service and government regulations. In a traditional IRA, banks play the role of the custodian.
An exchange is a third-party platform that manages your crypto trades, and is where you’ll purchase the bitcoin from for your IRA.
A secure storage service protects your assets from theft after purchase, and is typically provided by the bitcoin IRA.

Many self-directed IRA providers include an “all-in-one” package, where the bitcoin IRA company partners with specific crypto exchanges. While 13% of all Americans traded crypto in the last year, only 2-5% of all IRAs are invested in alternative assets, according to the Retirement Industry Trust Association (RITA). An array of bitcoin exchange-traded funds have also popped up in the past year to meet the growing demand of institutional investors entering the crypto market.

It is worth noting, however, that there are typically more fees involved with a bitcoin IRA. These include setup fees and account management fees. If you use the popular bitcoin IRA from Blockmint, for example, you will be hit with a 15% transaction fee, 2.5% purchase transaction fee, 1% sell transaction fee, $195 annual maintenance fee and 0.50% monthly storage fee assessed on your IRA balance.

Some self-directed IRAs also come with more limitations, and you may not be allowed to trade with your crypto exchange of choice. Another disadvantage is that capital losses from bitcoin cannot be deducted to offset capital gains like they would with a typical IRA.

A small 401(k) provider called ForUsAll has partnered with crypto exchange Coinbase to give their customers the option of investing up to 5% of their retirement funds into cryptocurrency like bitcoin. A 401(k) is an account that allows an employee to dedicate a percentage of their pre-tax salary to a retirement account, often matched by their employer. The funds are typically invested in stocks, bonds and mutual funds, but demand is rising from retail investors to add cryptocurrency as an available asset. According to the Investment Company Institute, a fifth of the $34.9 trillion U.S. retirement market is made up of 401(k) plans, worth $6.7 trillion.

If you want to avoid the hassle of setting up a bitcoin retirement account, there are benefits to buying bitcoin directly from an exchange and holding it yourself long term. You’ll avoid having to pay middleman fees, which can become costly if you plan on making a lot of transactions. You’ll also be able to contribute as much or as little as you want, avoiding minimum and maximum contributions found in traditional 401(k) and IRA setups. This method also lends itself to the use of third-party software from companies like 3Commas, which automates exchange purchases so that you can more easily control your positions. There are drawbacks, however, to buying bitcoin on your own. Those include the fact you’ll have to pay more taxes on your returns than you would with an IRA or 401(k), and you’ll be responsible for securing your investments.

Ultimately, bitcoin is a volatile asset with more inherent risks than the assets you’d typically invest in for retirement. But investing in it for the long term is a great way to diversify your portfolio, and with more upside than other alternative assets. And while the asset is still in its infancy compared with a commodity like gold, it has delivered an annual average return of 891% (2011-2020.) Gold, over the same period, has returned an annual average of 4.08%. 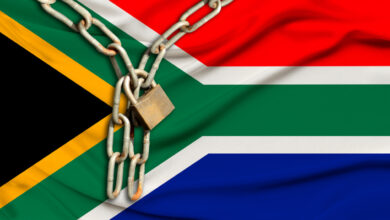 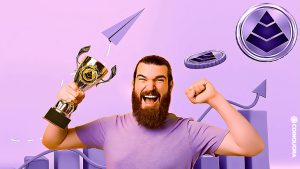 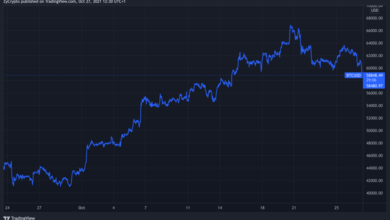