Shiba Inu (SHIB) has been in existence for quite some time now, and it has repeatedly been known as one of the cryptocurrencies with a vibrant community backing. The token is inspired by the Dogecoin crypto and has since become one of its major rivals. Since its launch, the cryptocurrency has grown immensely, and today, it is one of the top 20 cryptocurrencies ranked by its market capitalization.

Going with the current news of what is happening in the crypto world, it is likely that this token’s price will continue going up, giving an even better reason to Invest in SHIB.

A Metaverse project named “SHIB: The Metaverse” is soon to be launched as detailed in an official post on its website, The developers of the famous meme coin described the virtual reality space as the creation of an enabling environment for growth and sharing among Shiba Inu traders – the ShibArmy.

Let’s walk through Shiba Inu’s tracks through time to help decide whether SHIB is an excellent addition to your crypto portfolio. Let’s see what Elon Musk will do to help push the meme coin.

Also Read:
• How To Stake Shiba Inu On Metamask?

What is Shiba Inu?

Shiba Inu has realized significant gains following its recent listings on popular crypto exchanges like Binance. However, there are bold critics of this ranking by market cap. However, on 6 April 2022, the price of several of the most popular cryptocurrencies fell today as investors evaluated moves by the Federal Reserve, which is desperately trying to rein in surging inflation.

Shiba Inu was initially listed on ShibaSwap, a decentralized exchange platform for Shiba Inu. The token, however, was created anonymously, just like Bitcoin, with the founder calling himself, Ryoshi.

Shiba has since grown over time, and now the token is listed as one of the most popular cryptocurrencies in the world, with a stable ranking consistently above #20 on CoinMarket1cap.

Shiba Inu has an inherent relationship with other tokens such as LEASH and BONE, used as governance tokens on Shiba Inu’s Decentralized Autonomous Organization.

One famed investor bought $5,000 Shiba Inu in late 2020, which was worth over $5 billion at its peak. This being said, that same investor is now barely a billionaire –– Shiba Inu has depreciated nearly 75% from its all-time highs.

The Locking System is now available, you can now begin locking your $LEASH & #SHIBOSHIS, in preparation for SHIB – The Metaverse and its early access land sales.

The interactive map will become available in the upcoming days.

There are several broad aspects to consider when determining the application of a cryptocurrency. The meme coin, for instance, borrows several qualities from different cryptocurrencies, making it relatively similar to other meme coins.

Although these tokens are often referred to as meme coins, it is evident that they sometimes offer value that can’t be found achieved when using mainstream tokens like Bitcoin and Ethereum.

So, what are some of the merits of Shiba Inu that warrant its usage?

Due to its relatively low transaction fees, the SHIB can essentially be used as an online currency – one of the main goals of developing Bitcoin, according to Satoshi’s Bitcoin Whitepaper.

Shiba Inu was created in August 2020 by an anonymous ‘Ryoshi’ and started as a joke. Data from Coinmarketcap show the coin first listed at $0.000000000145.Shiba Inu has since had two notable pumps both characterized by high trading volumes. The first happened on 4 May 2021. Shiba Inu surged by over 1000%.  Even at this price, Shiba Inu would have made the early bulk buyers crypto millionaires. The second pump started on 3 October 2021. The pump was fuelled by major endorsements from big celebrities like Elon Musk. Shiba Inu would then reach its all-time high of $0.00008845 on 28 October 2021. The pump would have Shiba Inu dubbed the ‘Dogecoin Killer’ after it almost toppled Doge as the top meme coin by market capitalization. Shiba Inu today boasts a return on investment of  653,481%.

After a long period of consolidation since February, Shiba Inu had a bad turn of events in May. This came after the crash of Luna which brought the crypto market down with it. The William alligator trend lines show the downward price momentum slowing down. Shiba has been trading close to the oversold territory since the beginning of May. MACD histogram shows decreasing price momentum to the upside.

Shiba Inu’s price prediction for 2022 is $0.00001359. The Shiba Inu burn rate has gone up 113% in the last few days.  A total of 410.36 Shiba tokens have been burnt to date. Bitstamp announced they will list Shiba Inu in the same period. The Shiba Inu community is on track to launch the Shibarium test net this week. These factors are likely to affect the value of Shiba tokens short term. The value of Shiba coins will rise slightly in the second half of 2022.

Shiba Inu’s price prediction for 2023 is $0.00002014. The Shibaverse should launch in 2023. The Shiba metaverse is expected to bring more value to the Shiba community. This will be enabled by incorporating non-fungible tokens (NFTs) and play to earn games  It will act as an educational platform for its users. Shiba Inu’s average trading price will hover between $0.00002271 and $0.00001959 for the year.

Shiba Inu’s price prediction for 2024 is $0.00003041. Shiba Inu has stood above other meme coins. Today it stands at number 16 by market capitalization. This has mainly been possible due to its loyal following and humble beginnings. The Shib coin has support from big celebrities like Elon Musk. Their support directly impacts the value of the Shiba Inu cryptocurrency.  Its average trading price will range from $0.00002941 to $0.00003360.

Shiba Inu’s price prediction for 2025 is $0.00004335. Shiba Inu almost passed Doge last year to achieve the title of Meme King. Today, Shiba Inu is six positions below Doge by market cap. At this pace it may however be impossible for Shiba Inu to become the self prophesied Dogecoin killer. Shiba Inu would require a big innovation from the Shiba Inu team to beat Dogecoin. Shiba Inu expected maximum price for the year is $0.00005048 and the minimum price is $0.00004183.

Shiba Inu’s price prediction for 2027 is $0.00009605. The blockchain space is always evolving. Future changes and updates will increase the efficacy of Shiba Inu. This will include fast transactions with near-zero fees. This will be essential in maintaining Shiba Inu’s high market cap. Shiba token price will reach a maximum level of $0.00010739 and a minimum level of $0.00009350.

Shiba Inu’s price prediction for 2028 is $0.0001423. Increasing the Shiba token utility will keep increasing its value. With a fully-fledged metaverse, games and NFTs Shiba will be more than just a meme coin. Users who stake Shiba Inu will earn higher rewards. Shiba Inu’s token price will range from $0.00013749 to $0.00016276.

Money Maker – Avi Lev, suggests the crypto market has been consolidating in the last two weeks. He bases Shiba’s future growth on the launch of Eth 2.0 and the launch of Shibarium.

Big developments are coming for the Shiba Inu network. The community is lively and shares the news. These will affect the value of Shiba Inu. The crypto market has been on a downward trend this year and Shiba Inu has not been spared.

SHIB’s low price, limited utility, and rocketing prices- that go either direction, stand to be the biggest challenge facing SHIB. Technically speaking, Shiba Inu could reach a penny if enough capital is invested in dog-themed cryptocurrencies. But since Shiba Inu would need trillions in capital to reach $0.01, institutions and governments would need to purchase SHIB, which seems highly unlikely.

Long term, the value of SHIB will grow as the utility of the coin grows; this is; speculators are likely to drop out of the project in favor of other promising undervalued cryptocurrencies.

The creators of this cryptocurrency are focused on making the burn rate grow with the utilization rate of the platform. Crypto investors can get access to around 550 trillion coins in the cryptocurrency market.

Going forward the value of Shiba Inu will stabilize and rise over time. This is not investment advice. 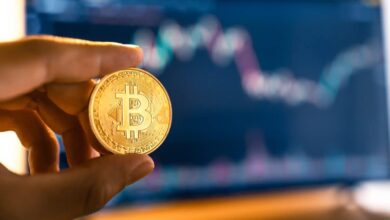 Where can Bitcoin go: predictions of the big players