Sources told CNBC that the Securities and Exchange Commission is set to allow the first Bitcoin futures ETF to go live in the U.S.

Next week, the SEC is set to allow the trading of Invesco and or ProShares Bitcoin futures exchange-traded funds (ETFs) go live in what would be a first in the United States, according to CNBC.

A source close to the matter, who wished to remain anonymous, told CNBC that the SEC is unlikely to block the two ETFs, which are not settled in actual BTC but based on futures contracts of bitcoin instead. Both of these were filed under SEC Chairman Gary Gensler, who voiced his thoughts about Bitcoin earlier this year.

The week following could also be very interesting, as there are two more Bitcoin futures ETFs that could be approved. Both the VanEck and Valkyrie Bitcoin Strategy ETFs could go live on October 25.

Early next month, on November 1, we could also see the trading of the Galaxy Bitcoin Strategy ETF go live.

Bitcoin’s price rose to over $60,000 today in correspondence with the news, with a new all-time high (ATH) in sight with just a less than $5,000 move up. This is the highest the price has been since earlier this year in April, when we trickled our way back down to the low $30,000s after hitting a high of almost $65,000. 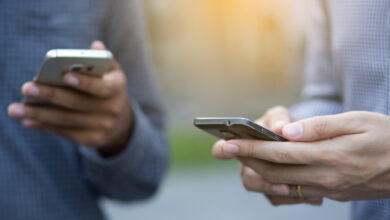