Ripple price analysis is bearish today as we have seen a strong lower high set at $0.46 and a steady pivot lower overnight. Therefore, we expect XRP/USD to drop even further later today and look to continue along with the overall bearish trend.

The market has traded in the red over the last 24 hours. The leader, Bitcoin, lost 5.18 percent, while Ethereum 5.99 percent. Ripple saw a lot more decline with an almost 10 percent loss.

On the 4-hour chart, we can see Ripple price action seeing bearish pressure return over the last hours, indicating that the $0.40 mark will soon be broken to the downside again.

Ripple price action has continued to be highly bearish throughout the first half of May. From the last major swing high, around $0.65, XRP/USD has declined almost 50 percent, indicating potential exhaustion for bears.

However, after the last push lower, the following retracement from $0.34 set a strong lower high, indicating that the trend is still heavily bearish. Therefore, the $0.46 mark has offered enough resistance to reverse XRP again.

Since midnight, selling pressure has already started to return, leading Ripple price to test the $0.40 major price milestone again. If the local support is broken again, we expect XRP/USD to quickly drop again, likely leading below the $0.34 current swing low.

Alternatively, if a higher low is set above $0.34, an end to the current several-week decline could finally be set. If XRO breaks the current local low at $0.46, the market structure will again turn bullish.

Ripple price analysis is bearish today as we have seen a lower high set at $0.46 and selling pressure return overnight. Therefore, XRP/USD should see further decline later in the weekend, potentially leading back to the $0.34 current low.

While waiting for Ripple to move further, see our articles on how to buy BTT, Elongate, and CRO coins. 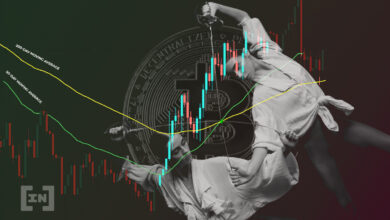 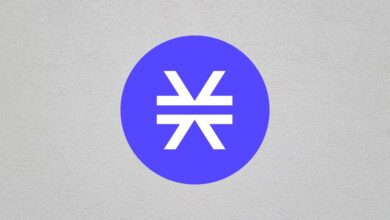 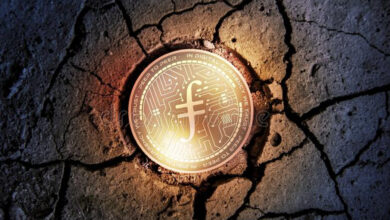 Filecoin price analysis: FIL/USD holds above $8.74 amid a bearish run