ndex.com/blog/hashrate-index-q3-report-bitcoin-china-ban”>said in its report today. The company did not specify if it’s in USD or BTC terms. 7-day average revenue from fees was almost USD 900,000 on October 10, per Blockchain.com data. Luxor Technologies also estimates that Bitcoin hashrate, or the computational power of the network, will close Q4 near its all-time high range, “somewhere in the ballpark of 185 EH/s” and that we will continue to see successive upward difficulty adjustments, though none will be as drastic as the largest positive adjustments we.Crypto mining hardware manufacturer Bitmain has confirmed they will stop shipping mining hardware to mainland China. The move doesn’t affect Bitmain’s overseas customers, the company said, adding that they have increased the supply of the Antbox miners to speed up the construction of overseas mines.Regulation newsThe US government is weighing an executive order on cryptocurrencies as part of an effort to set up a government-wide approach to the asset class, Bloomberg reported. The proposed directive would charge federal agencies to study and offer recommendations on relevant areas of crypto – touching on financial regulation, economic innovation, and national security.Investments newsDigital asset investment products saw inflows totaling USD 226m, bringing the 8 week run of inflows to USD 638m, per CoinShares data. Investments in BTC hit USD 255m, compared with USD 69m a week earlier, while ethereum (ETH) saw outflows totaling almost USD 14m, compared with USD 20m inflows a week earlier. Ethereum competitor Solana (SOL) saw USD 12.5m worth of inflows. “We believe the turnaround in sentiment towards Bitcoin is due to constructive statements from SEC chair Gary Gensler, potentially allowing a Bitcoin ETF in the US,” CoinShares said.
MTD – month-to-date; YTD – year-to-date; AUM – assets under management. Source: CoinSharesElliptic, a cryptoasset risk management specialist, said it has raised USD 60m in Series C funding. The financing round was led by Evolution Equity Partners, alongside new investment from SoftBank Vision Fund 2 and existing shareholders, the company said. Elliptic plans investments in its global network and expansion of Elliptic’s team, particularly in the US, they added.Crypto platform BlockFi has filed to offer a bitcoin futures exchange-traded fund (ETF). The fund, “BlockFi Bitcoin Strategy ETF,” would only invest in futures contracts traded on the Chicago Mercantile Exchange (CME).Michael Dell, the founder of the computer company Dell Technologies, told The New York Times that he won’t be investing in bitcoin. On the other hand, he added that he believes blockchain is “probably underrated.”El Salvador President Nayib Bukele will use a part of the country’s USD 4m profit from its BTC investment to build a pet hospital.NFTs newsNon-fungible token (NFT) project Bored Ape Yacht Club plans to issue a token in Q1 of 2022. They added that they want to launch a “legally compliant token and set it up in a responsible, sustainable way.”Career newsFormer UK Chancellor of the Exchequer (2016-2019), Lord Hammond of Runnymede, has joined Copper, the London-based provider of digital asset custody and trading infrastructure, as a Senior Adviser. Lord Hammond will provide strategic advice to the Copper team and will focus on promoting the UK as a Global leader in digital asset technology, said the announcement.Binance.US announced that Brian Shroder has been appointed Chief Executive Officer (CEO). Shroder was appointed President of Binance.US in September.Adoption newsSri Lanka is forming a committee to look into digital banking, blockchain and related industries, including cryptocurrencies, which will answer to the Cabinet of Acts, Rules and Regulations. The committee will study other countries’ approaches, including Singapore, Dubai, Malaysia, the EU, Philippines, etc., and propose a suitable framework for Sri Lanka.The use of Binance Smart Chain (BSC) during Q3 is 20% up from the previous quarter, as well as 18,228% year-over-year – with the number of unique active wallets (UAW) connected to the network surpassing 608,500 per day on average, said crypto exchange Binance.Legal news Jonathan and Diana Toebbe, a Navy nuclear engineer and his spouse, were arrested in West Virginia after making several attempts to pass along secrets about US nuclear submarines to a foreign country, the Department of Justice announced. Jonathan was caught by an undercover Federal Bureau of Investigation (FBI) agent, with whom he’d had correspondence that led to an agreement to sell restricted data in exchange for thousands of dollars in cryptocurrency.
____ 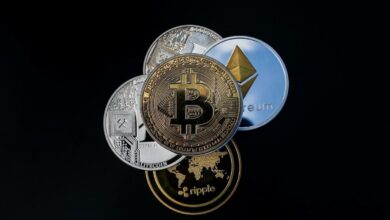 Mapping Binance Coin’s price action over the next 48 hours 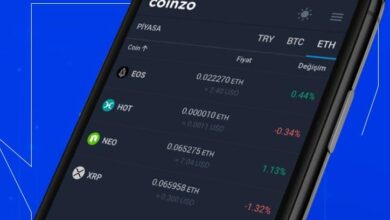