Accusing the U.S. of undermining the dollar through money printing and sanctions policy, President Vladimir Putin has admitted that cryptocurrency can be utilized for settlements in the future, although it’s too early to do that in oil trade. While noting that it lacks backing, the Russian leader assumed crypto could be used to store value one day, too.

U.S. dollar-denominated settlements are declining and countries are scaling down their dollar reserves, Russian President Vladimir Putin said in an interview with CNBC this week. Speaking after his participation in the 20th annual Russian Energy Forum in Moscow on Wednesday, Putin criticized Washington’s monetary and international policies stating that “the United States is cutting the branch it is sitting on.”

The dollar’s status as an international reserve currency is a major competitive advantage, the Russian head of state noted but warned that U.S. authorities are undermining it through increasing sovereign debt and boosting inflation at home, while “making a big mistake” by using the dollar as a sanctions tool abroad. All this is leading to Russia and other countries moving away from the U.S. currency. Putin explained:

Our clients simply cannot pay us in dollars for the products we deliver to them. What happens next? We have no choice other than to switch to other currencies in our settlements.

Cryptocurrency Is Legitimate, Has Right to Exist

Asked by CNBC’s Hadley Gamble whether oil contracts can be denominated in a currency other than the U.S. dollar, including crypto, Vladimir Putin commented that “this seems premature.” At the same time, the president of the Russian Federation acknowledged that despite currently being unstable, cryptocurrency can be used in oil trade settlements at some point in the future.

“It is fine for transferring funds from one place to another, but I think it would be premature to use it in trading, especially when dealing with energy resources,” the Russian strongman said, remarking that cryptocurrency has lacked any backing. Nevertheless, he also stressed:

It is legitimate and can be used in settlements, no doubt about that, but it is too early to use it for trading in oil or other raw materials and energy sources.

Things can change, however, and Putin is convinced that “everything has the right to exist. We will see how this will go from here. Maybe crypto will one day be used to store value. But we see how the market fluctuates, so it seems too early for that now… Of course, there is value there,” the president pondered.

Vladimir Putin also mentioned the energy-intensive process of cryptocurrency extraction. “In order to mine crypto, you need a lot of energy, and for that people have to use traditional sources of energy, primarily hydrocarbons,” the Russian president pointed out in the interview, which was published by the Kremlin.

Putin’s latest comments come after a statement by his press secretary Dmitry Peskov in early September that Russia is still not ready to recognize bitcoin. He expressed the current position of the executive power in Moscow following El Salvador’s move to adopt the leading coin by market cap, BTC, as legal tender alongside the U.S. dollar.

Although Russian officials have stated on many occasions that cryptocurrency will not be accepted as a means of payment — as it is viewed as a prohibited money surrogate — the country has been advancing towards regulating its crypto space. This includes the adoption of relevant legislation such as the law “On Digital Financial Assets.” Deputy Minister of Finance Alexey Moiseev recently said that Russia is not planning to follow in the footsteps of China and ban its citizens from buying cryptocurrency.

Do you think Russia will start using cryptocurrency in the future to settle payments in oil trade? Let us know in the comments section below. 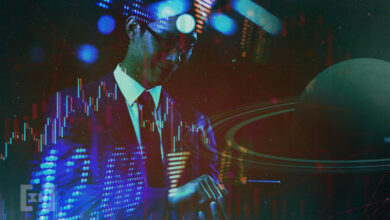