Powercrypto Holdings, a subsidiary of the blockchain software provider Powerbridge Technologies, is launching cryptocurrency mining, specifically Bitcoin (BTC)and Ethereum (ETH), in Hong Kong. These cryptocurrency operations will utilize environmental-friendly, green, and sustainable energy. This announcement was made in a press release on Friday, October 8, 2021

According to the announcement, Powercrypto aims to increase the BTC and ETH hash rate levels across the North American and Asian markets.

Related Reading | Since China’s Mining Ban, Bitcoin Hashrate Has Recovered by 68% And Counting

Sean Wang, Powercrypto’s General Manager and Chief Technology Officer, stated that: “Powercrypto is a major strategic move by the Company to highlight our global presence in the crypto-mining business. We will focus on enhancing our overall hash rate level in BTC and ETH mining by setting up mining fleets in North America and Asia.”

In its global BTC and ETH mining, the company plans to focus on maximizing the use of carbon-free clean energy power. Powerbridge Technologies President Stewart Lor, also commented, “We are very excited about our launch and positioning as a global presence in the cryptocurrency mining business. We expect our high-performance environmental-friendly crypto-mining fleets to significantly accelerate our revenue.”

Powerbridge Technologies states that it plans to increase its bitcoin miners with an expected capacity of 10,000 miners and an expected hash rate of 728 PH/S. Additionally, according to the company, its proprietary AI/GPU operating system can support up to 100,000 ETH miners in operation.

Powercrypto focuses on green renewable energy-powered crypto mining farms with its intended worldwide operations. The announcement states that the subsidiary strives to become one of the most competitive Bitcoin and Ethereum mining companies. The President of Powerbridge Technologies believes that Powerbridge is well-positioned to accelerate the growth of its crypto businesses and generate promising revenue from it.

A few days ago, the company announced the appointment of Sean X. Wang as General Manager and Chief Technology Officer of Powercrypto Holdings. Mr. Wang, a blockchain expert, was brought on to lead the operations and technology development of Powercrypto’s crypto mining business. He reportedly has wide-ranging expertise in the fields of crypto mining and digital assets operations, having managed and operated mining fleets with nearly forty thousand Bitcoin and Ethereum mining rigs.

Hong Kong is a metropolitan area and special administrative region of China. Therefore, unfavorable regulations have affected the digital assets space in the region. However, it has been making efforts to develop its Central Bank Digital Currency (CBDC), e-HKD since 2017. 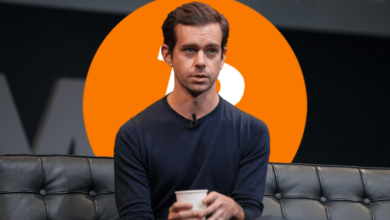 Report: America, not Asia, is leading in DeFi usage and DEX activity