Polkadot price analysis is bearish today.
DOT/USD is currently trading at $43.4
The next few days of trading will determine the short-term direction of Polkadot.

Today’s Polkadot price analysis is bearish, as the $43 resistance has prevented additional increases. As a result, we see a pullback to the $40 support, which is an area of interest for buyers.

Polkadot’s price has fallen over the last 24 hours, in line with our anticipated bearish momentum in yesterday’s analysis. DOT/USD moved back down to $43, where it was met by significant resistance. This prevented further increases and thus triggered a bearish reaction, as DOT/USD fell to $43. The pullback has continued but is currently being rejected at the $43 resistance. If this level is held, we could see further downside pressure in the short term.

If this support area is broken, however, further declines are expected. Below $40, there is significant support at $38 which will be closely monitored by bears. If found, expect a further decline towards the $30 handle, which presents strong support. As the bearish momentum continues, we may likely see this level tested in the short term.

The next few days of trading will determine the short-term direction of Polkadot. Overcoming $43 could lead to more buying pressure, while a break below $40 would likely result in further declines.

On the 4-hour chart, we can observe a lower high being formed as the $43 barrier prevents further appreciation.

Further declines are likely in the immediate future. Short-term technical indicators on the 4-hour time frame reflect oversold conditions due to strong bearish momentum. If this momentum is sustained, DOT/USD could test further downside levels in the short term.

The price action for Polkadot has been bearish lately, with a reversal of the previous week’s momentum. On the 22nd of October, a new swing high was established at $46.3 after a strong first half of October.

However, the rally did not continue, with DOT/USD establishing a slightly lower high at $46 on Friday. On Wednesday, there was a strong push toward the downside, pushing DOT to establish a new low of $39.

Yesterday, most of the loss was retraced, prompting many investors to suggest that recovery is near. We may expect to see another lower high established at $43 over the weekend, which will result in additional losses during the trading session.

If buyers can regain control of the market, there is potential for more gains. Resistance lies at $46, which will need strong momentum to overcome. Two significant resistance levels lie above $48 and $50, which could lead to additional gains in the near term if broken. 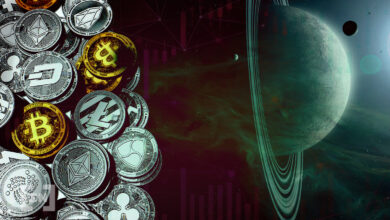 Solana price analysis: SOL takes a downturn to the $30 range. Is a break lower ahead? 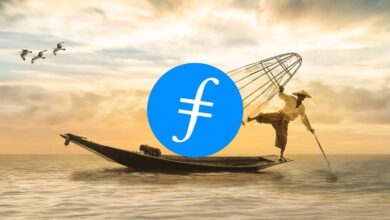