The anticipated full launch of Pi Wallet has been causing a lot of controversy in the crypto community. The project’s development first started in 2018, launched on March 14, 2019 (Pi day), and has been in testing mode for a while now but, there are expectations that the cryptocurrency will go live by the end of the year (2021).

There was anticipation when the Pi mainnet launched, and now Pi users see it as a way to start with a new cryptocurrency and not miss out on all the juice as many did with Bitcoin. Many others think that Pi is a multi-level marketing scam that holds no actual worth. For now, the selling point of this FREE wallet is that it enables Pi mining on your phone.

Hopefully, this article will ease whatever fears you have of the Pi wallet and answer whatever question you might have of Pi.

What is Pi Wallet?

A popular misconception is that the Pi wallet is based on the Raspberry Pi algorithm; however, the truth is that Pi runs on a consensus algorithm based on the Stellar Consensus Protocol (SCP) and Federal Byzantine Agreement (FBA), another algorithm. However, it should be noted that Pi is an improvement to Bitcoin, as it is eco-friendly. Unlike Bitcoin, the Proof-of-Work used does not need to burn vast amounts of electricity.

Under SCP, each node can independently determine if a transaction is valid or not, e.g., the authority of making the transition and double-spending, based on the cryptographic signature and the transaction history. However, for a network of computers to agree on which transactions to record in a block and the order of these transactions and blocks, they need to message each other and have multiple rounds of voting to reach a consensus.

Now, to answer the question, what is a Pi wallet? A Pi wallet is an app created to support the Pi network where one can mine a new digital currency known as Pi. The digital currency is yet to launch. They are mined on something called the Pi testnet. The Pi wallet has both the mobile version and the computer version.

The idea was first conceived in 2018 by three Stanford graduates, Dr. Nicolas Kokkalis (Head of Technologies), Dr. Chengdiao Fan (Head of Product), Vincent McPhillips (Head of Community). Since then, the development has been rapid. The Pi network development has been divided into three stages for better understanding:

The design and token distribution stage involves modeling and designing the Pi server, distributing tokens, and ensuring everything is ready to go to the next step. The Pi server, in this stage, emulates the features of a decentralized system, just as it will do when it launches on the internet. User experience is still easy to improve at this stage.

It should be noted that Pi is not displayed on other wallets or exchanges and cannot be bought with either non-digital or digital currency at this stage.

Testnet is the deployment stage, and this is where the Pi wallet is currently. The Pi wallet enables Pioneers to mine Pi at this stage because the host software has been deployed to the Pi testnet. Multiple nodes will be hosted, and Pioneers will be encouraged to launch their nodes during testing. All these happen during the test network.

The TestNet allows Pi developers to implement changes and make improvements. When the Pi community is ready, the development will move on to the next stage. However, test transactions can be made.

You will need a test wallet address to be able to test transactions. To do that, download the Pi browser, request a wallet address from a friend, and receive or send Pi. Downloading the browser gives you 100 Pi to test a transaction. It is not absolute and cannot be converted to real money.

The Mainnet is the third and final phase. The Mainnet will be launched if and only if the developers feel that the wallet has been thoroughly tested and is ready for production, then it will be found.

At this stage, we expect the developers to enable actual Pi transfers. However, it should be noted that only accounts that are confirmed to belong to real people during the transition will not be restricted. So, if you guys have not verified your account today, you should do that now.

A significant thing to note is that, as of today, there is no release date. However, the developers have made test transactions available, which indicates how close they are to launching on the mainnet.

How to Mine Pi

Now that you know all about the three stages of development let us dig into how you can mine from your Pi wallet during this testnet phase. It DOES NOT MINE ANYTHING as of now. Thus no battery drain. This is because the Pi ecosystem needs a certain number of users to start functioning. So, until we reach that threshold and people start mining (as a node on PC), the coin practically has 0 value.

Download the Pi wallet onto your mobile app (either iOS or Android). To download the wallet, go to your Google play store or your App Store on your iOS and search for “Pi Network.” Note that you might see many Pi apps on your various app stores, download the one with the official Pi logo, the one below:

After downloading, open the application and create an account by providing your basic info and choose a username. When you get to this point, you should endeavor to verify your identity by either linking the wallet with your phone number or your Facebook details.

Your identity needs to be confirmed because Pi wallet used KYC (Know Your Customer) to verify the identity of their users. Know Your Customer is a security measure as doing this will enable your digital currency can make you some money when the software goes online.

You need to know that you cannot complete the sign-up without a referral code or link. Our referral link. The download link.

You should also know that you can access the wallet from your computer. Some even prefer the Pi desktop software but others like the mobile version.

Go to this link to be able to access your wallet on your desktop. Then, click on the download node, wait for the download to be completed, and link the mobile version of your wallet to the desktop version.

To mine, login, click on the bolt button and minimize or close the application. After 24 hours (a mining session is 24-hours), you will be notified to start mining again.

After downloading the Pi wallet and inputting our referral link, you click on the bolt symbol for the first time and started mining. I will have you know that there are roles involved in mining, and according to your part, your mining rate can increase. The current mining rate is 0.12 ℼ/h.

Pioneer is the first role. As a Pioneer, all you are doing is confirming that you’re not a robot daily. You have to log in daily and validate your presence by clicking the bolt symbol (mining). A Pioneer can also open the wallet and request a transaction. The first role does not increase your mining rare.

A contributor is contributing to the wallet by bringing a list of Pioneers they know. This is just inviting other people to your Pi circle. You can only become a contributor after mining for 3 successive days on the wallet. The contributor role increases your mining rate.

While some might be skeptical about the Pi wallet, you might want to connect with other Pioneers. Joining is free and learning a new thing helps keep the blues away; there is nothing to lose except time which you might have plenty of during this pandemic. If anything, you will probably gain a lot when the Pi cryptocurrency officially hits the mainnet.

The sole aim of the Pi core team is to ensure that Pi cryptocurrency becomes the most used in the world. They are planning to make it available to the ordinary person and while it may not hit the mainnet, here’s hoping that it will soon. If you are not registered yet on the wallet, you will regret missing out on this opportunity.

Pi is much more comparable to Phoneum (except even Phoneum has more going for it thanks to its games), so you can expect its price to hit the same negligible amount. IF AND WHEN Pi starts functioning, there are predicted to be worth around $0.3 per coin. This means that this MIGHT be the value when this becomes a publicly traded cryptocurrency.

Is Pi coin worth anything?

At the moment, the Pi coin is worth nothing as it is still in the second stage of development and has not yet launched on the blockchain, but the black market already has users exchanging the currency for as much as $10 a coin. Pi’s value will be backed by the time, attention, goods, and services other network members offer.

Is Pi wallet a custodial or non-custodial wallet?

It is a non-custodial wallet as you only have access to the passphrase or the secret key of your wallet.

When will the wallet have real Pi crypto?

Yes, it is legit as it does not involve any cash investments to mine it. All you need is about 20 seconds of your time (typically less than 20 seconds) to click on the lightning button to start mining once every 24 hours. If you already have the app, you can wait to see if the founders build something of significant value.

When will Pi be worth something? When can I turn Pi into “real” money?

Pi’s holders will be able to turn Pi into “real” money when they either purchase goods and services on Pi’s marketplace or exchange Pi for fiat currency. 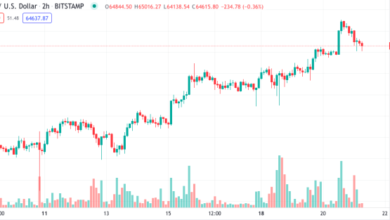 Burger King and Robinhood Team Up To Serve Crypto | Bitcoinist.com 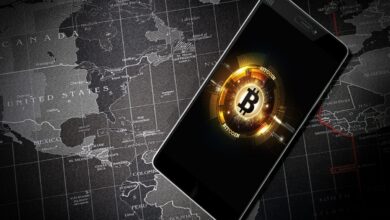