What is Pi Network?

Pi network is a cryptocurrency project whose goal is to make crypto mining accessible to all users. The centralization of first-generation digital currencies such as Bitcoin has made them inaccessible to everyday users. Thus, a Pi miner will enjoy the benefit of improved accessibility, unlike a Bitcoin miner.

The Pi network was developed by graduates from Stanford University, and it allows users to mine coins from its mobile app. The transactions are validated on a distributed record during mining. Pi is powered by blockchain technology.

The Pi network platform provides an infrastructure on which Pi Coin runs. Just like other cryptos such as Bitcoin, there is a need to protect its scarcity. That’s why it goes through a regular “halving” process. The number of coins a miner gets for processing new transactions is reduced by half after reaching a milestone.

After the Pi blockchain attained 100,000 users, mining Pi coins was halved from 1.6 π per hour. It was again halved to 0.4 π after its user base reached 1 million, and again to 0.2 π after reaching 10 million. This trend is expected to continue to reach 0 after reaching 1 billion users.

During Pi cryptocurrency mining, the Pi node uses a consensus algorithm based on Stellar Consensus Protocol (SCP) to validate transactions and reach a consensus with other Pi nodes. Some Pi users see it as a way to take part in crypto from the ground up and earn profits in the future.

Can you buy Pi cryptocurrency?

If you were thinking of buying Pi cryptocurrency and store it in your Pi wallet, it’s worth noting that it’s not possible. Developers who’ve mined Pi cryptocurrency will only get an opportunity to exchange or withdraw their Pi crypto during phase 3 when the Pi network coin will have shifted to a completely decentralized blockchain. Pi coins cannot support transfer transactions during the testing phase. This will help prevent fake accounts from acquiring many Pi coins.

The Pi network wallet balances will be honored when the Pi network moves from the Pi testnet to the mainnet after the blockchain protocol becomes fully deployed. Thus, Pi coins are not available for trading on any trading platforms or cryptocurrency exchanges.

After the launch of phase 3, Pi currency holders will gain full control of their public and private wallet keys and use Pi coins to purchase products and services on the Pi market and exchange it for fiat currency. Without having keys, Pi cryptocurrency holders cannot transfer or spend the money they have.

The Pi browser app is equivalent to a cryptocurrency wallet, and it is normally linked to the user’s Facebook account or phone number. Like other public blockchains like Bitcoin, the Pi network will enable external wallets to keep Pi coins and carry out transactions by submitting them to the blockchain. However, the developers are yet to release the source code.

Many Pi users are accumulating the Pi coin anticipating that the value of the Pi coin will increase after the launch of phase 3. When the Pi currency value increases, it will bring good news to miners on the pi utility platform. You can also mine Pi on the Pi blockchain and anticipate pi value increases.

Although the mining rate of the Pi coins has been halved, users can connect with other Pi network miners using third-party pi apps. For a new user to join the Pi Network, he must have an invitation code from another Pi network user.

The price of Pi can be predicted in the same way as Bitcoin price prediction.

The response to the PI network crypto has not been bad. Like other cryptocurrencies being launched, the value of the Pi coin is most likely to begin at a low level against the US dollar and rise as it attracts and gains more users.

But what have some platforms said about the network price prediction?

Let’s get some answers.

WalletInvestor made a Pi price prediction for 2021 and beyond. They predicted that Pi token price value would fall from the price of $0.007 on average against the US dollar in 2021 and reach 0.000001 USD in a year.

However, in the long run, Wallet Investor thinks that PIcoin will crash and it’s pi network price predictions put it out of the cryptocurrency picture.

Among other forecasts, Digitalcoinprice.com made an elaborate prediction for the coin.

Predictions and analysis by Coindataflow

Pi network is a smart contract network meant to offer public access to the use of cryptocurrencies.

Unlike Bitcoin mining, the Pi network cryptocurrency project aims to keep crypto mining accessible to all users. It will solve the problem of inaccessibility introduced by the centralization of first-generation coins like the Bitcoin digital coin.

Pi goes through regular “halving” to protect it from scarcity. The number of coins a miner gets for processing new transactions is reduced by half after reaching a milestone.

The Pi cryptocurrency will launch during phase 3 of the Pi network development. The date of release has not been announced. Still, it will be determined by how the testing phase progresses and the listing of the digital currency on the cryptocurrency market exchanges.

What is the expected value of Pi?

Currently, Pi has no value, and it has not been listed on any cryptocurrency exchange platform. Although it’s hard to predict its value before launch, Pi network price prediction shows that the Pi network value will start at around 0.01 against the US dollar. If this Pi price prediction comes to pass, it will be great news to miners.

Is Pi crypto a good investment?

Currently, you can’t trade Pi cryptocurrency. If you think that the Pi network project will launch accessible crypto that doesn’t price out users each day, you can start Pi mining. You can also wait to purchase it at an exchange when Pi launches. 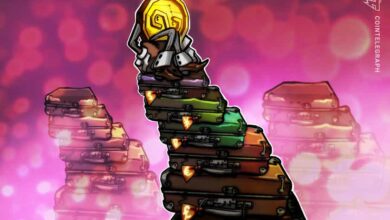 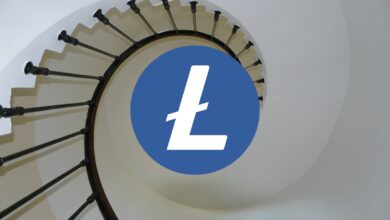 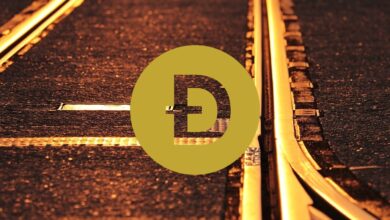