OXT is the unique Orchid cryptocurrency used for trading value on the Orchid network pay-per-use system. Orchid (OXT) is a coin that powers the unique Orchid – a decentralized protocol based on the Ethereum blockchain intended to function as a shared VPN. The Orchid Protocol regularly switches your VPN location. If you’re in the US, it might change to Japan, Bangkok, then Berlin. It makes it harder to pinpoint your location.

In a move to decentralize privacy, Orchid partnered with Near protocol on 29 March 2022 to bring Aurora EVM into the platform. The move will give users the option to pay for services on Aurora. Aurora currently has zero fees, the partnership is going to bring more Aurora enthusiasts into Orchid dVPN.You can test out the Orchid nano payments protocol with a few cents on Auroral.

Welcome @auroraisnear frens! Orchid’s dapp now supports Aurora on NEAR. Try using our #VPN for only a few cents in fees!

Orchid also partnered with Gnosis to bring xDAI payments earlier in the month.

Plan is to build a network and marketplace for decentralized services. Our nanopayments architecture enables rapid payments over any blockchain.

Orchid users could earn more by staking OXT coins on Orchid nodes. In effect, you become a bandwidth provider for Orchid! You could become a node provider by using smart contracts. How will Orchid’s dVPN affect Orchid price prediction in the long term?

The project’s primary goal is to offer the user privacy, bandwidth, and security all in one coin. Furthermore, since all transactions are in nano-payments, the platform provides minimal costs and a simple development procedure. Orchid seems to be a helpful technology, so let’s take a deeper look at OXT.

The Orchid protocol uses a complex nano-payments technology, which significantly lowers the transaction time between such a user’s query being made and executed and the time required for nano-payments to be successful. The off-chain approach improves transaction speed and scalability while lowering transaction costs.

The network’s transactions are performed using the OXT coin. Bandwidth providers are encouraged to stake OXT coins collected as nano-payments on the network to improve their chances of receiving rewards. This method guarantees continuous demand for the native Orchid cryptocurrency and a long-term incentive system to maintain the nodes’ reliability and reach.

OXT is Orchid’s native ERC-20 digital asset that powers and secures a new approach to VPN service and providers compete for user payment flow by staking OXT. As more bandwidth is purchased on the Orchid network node providers can add and stake OXT in order to capture additional bandwidth sales on the network.

Geographical constraints, censorship, and restricted access to only specific products and services have increased the popularity of VPNs. Still, there are a few drawbacks to the “traditional” VPN providers: the users’ data is taken on a central server, making it susceptible to cyberattacks or government body scrutiny.

Orchid has developed a protocol to address this issue by enabling consumers to purchase bandwidth from a worldwide network of suppliers. Consequently, a decentralized, secured, and scalable VPN is created.

The Orchid protocol has a history that spans back to 2017. Orchid Laboratory in San Francisco invented it. In December 2019, the first rewarded privacy peer-to-peer service was introduced. Since the network’s inception in 2019, Orchid has made tremendous progress. It’s become faster and more efficient to use, and many new partners have been added. Orchid Labs is still developing and contributing to this protocol.

In Oct. 2019, the platform announced on its website its actual intent for using nano-payments, which customers can enable and disable at any time.

The company informed users of the joint initiative in January 2020. PIA (Private Internet Access) has emerged as an essential ally in the fight to protect web privacy and freedom. Payment can be made for byte-by-byte private bandwidth via the PIA by using OXT. Also, Orchid Labs started working with BolehVPN in Feb 2020.

The Orchid token (OXT) will be wholly integrated with Support. This trading platform involves buying, selling, and exchanging a wide range of assets, including fiat currencies, rare metals, and digital currencies, in August 2020. People can then use Uphold to fund and withdraw OXT to external wallets, buy stores, and send OXT on the platform.

Orchid spread its collaboration with Chainlink, a network of decentralized oracles, in September 2020 by introducing a new tool that makes things simpler for Orchid clients to calculate VPN bandwidth costs.

Orchid reported in July 2020 that users could indeed earn OXT by getting involved in the novel CoinList Reward scheme. CoinList has produced educational materials. Therefore, customers can learn further about Orchid and OXT, then finish a series of tasks (such as direct interaction with smart contracts) to receive $5 in OXT as an incentive. We can conclude that the Orchid project is progressing well these days.

Orchid is also one of the minor initiatives that have piqued the interest of investors. According to Coinmarketcap.com, it currently ranks 180th, with a market cap of roughly $280 million.

How do I buy OXT?

If you want to invest in OXT right now, you can do so on crypto exchanges such as Kraken, Binance, and Coinbase. The coins could then be transferred to a protected hardware or software wallet for safe storage. Users can also trade OXT utilizing contracts for difference (CFDs). CFDs enable you to predict short-term price volatility without purchasing the underlying coin.

How to receive and send OXT

You can send OXT to Coinbase the same way you send all other cryptocurrencies to Coinbase (to the correct address or wallet). For receives, you can find your wallet address by selecting Receive (web) or selecting the QR Code (mobile) next to your OXT wallet. Incoming transactions show up almost immediately, but you won’t have access to your crypto until 35 confirmations have been completed on the blockchain (generally takes 8.5 minutes.

Purchase OXT on Coinbase or a similar exchange.Send OXT to a Web3-enabled crypto wallet.Send Ether to the Web3-enabled crypto wallet to pay for the Ethereum network’s transaction fees.Connect to Orchid through the crypto wallet Tap the dapp-browser icon in the wallet’s UI to connect to OrchidType account.orchid.com/earn into the URL barFollow the on-screen instructions to fund your account with OXTDownload the Orchid mobile app (Orchid is entirely Web3, so no username or password)

Orchid (OXT) is a coin that powers the innovative Orchid — a decentralized protocol established on the ETH blockchain intended to function as a decentralized VPN. Regional regulations, censorship, and restricted access to specific products and services have increased the popularity of VPNs. Still, there are some drawbacks to the “traditional” VPN providers: the users’ information is collected on a centralized server, making it vulnerable to cyberattacks or government agency scrutiny. Orchid has developed a protocol to address this issue by allowing users to purchase bandwidth from a worldwide network of providers. As a result, a distributed, secure, and optimized VPN is created.

The Orchid protocol uses a sophisticated nano-payments system, which significantly reduces the transaction time between such a user request being made and processed and the time required for nano-payments to be successful. The off-chain solution improves transaction speed and scalability while lowering transaction costs.

The network’s transactions are conducted with the OXT cryptocurrency. Bandwidth services are encouraged to stake OXT tokens earned as nano-payments on the system to increase their chances of receiving rewards. This method guarantees consistent requirements for the native Orchid cryptocurrency and a long-term incentive system to ensure the nodes’ consistency and reach.

Orchid Protocol price technical analysis for June 29, 2022, reveals the market following a bullish movement, obtaining some positive momentum, signifying a gain of positivity for the OXT market. The price of Orchid has remained negative over the past few hours. On June 28, 2022, the price crashed and went from $0.1099 to $0.1011. However, the market started to increase in value soon after and regained most of its value. Moreover, Orchid has peaked and reached $0.1096, just shying away from the $0.1100 mark.

Orchid price analysis reveals the market’s volatility following a decreasing movement, which means that the price of Orchid is becoming less prone to experience variable change on either extreme. The Bollinger’s band’s upper limit is $0.1149, which serves as the strongest resistance for OXT. Conversely, the lower limit of the Bollinger’s band is at $0.0841, which is the most substantial support for OXT.

The OXT/USD price appears to be moving over the price of the Moving Average, signifying a bearish movement. The market’s trend seems to have shown bullish dynamics in the last few days. As a result, the market has decided on a positive approach. However, yesterday the trend almost shifted, the price has started moving upward, and the market has started closing its volatility. This change could’ve played a crucial role in the development of Orchid. However, the bears have managed to maintain their trend.

Orchid price analysis shows the Relative Strength Index (RSI) to be 45, signifying a stable cryptocurrency. This means that the cryptocurrency falls in the central neutral region. Furthermore, the RSI path seems to have shifted to a linear movement. The constant RSI score also means equivalent buying and selling activities.

Orchid price analysis reveals the cryptocurrency follows an upward trend with much room for activity on the positive extreme. Moreover, the market’s current condition appears to be following a positive approach, as it shows the potential to move to either bullish extreme.

Orchid Protocol seems to be going through a bearish phase. Only time will tell if this will change for the better or if it will become the new normal for OXT. Second, even if there aren’t many decentralized VPNs, Orchid Protocol is not the only one; therefore, it will be interesting to observe how it handles market rivalry. Due to price fluctuations, OXT is not being considered a good investment.

Like all other cryptocurrencies, Orchid is a risky investment. Because of the strong team behind it, the compelling use case, well-designed tokenomics, vibrant community, and active market, it does have a larger possibility of going up than down. It is always advised to do your own research before investing in anything, and seek professional investment advice.

The Orchid team is on a mission to decentralize data privacy in a highly monopolized area. Large organizations use personal data to create micro-targeted information to lure their targeted users. Free VPN service providers have joined the race, and while the product is free they sell the data to the same organizations.

While analysts provide varying OXT price forecasts, they all agree there will be a rise in price momentum from 2025.

These features give Orchid its good selling pitch to attract more users concerned about their data privacy. As we move into WEB3, we anticipate OXT value to continue growing and volatility in the crypto market.

Orchid users could earn more by staking OXT coins on Orchid nodes. In effect, you become a bandwidth provider for Orchid. The prospect of earning more OXT coins may entice more users. More people joining the network helps its stability and scalability. DYOR is always a good rule to follow. 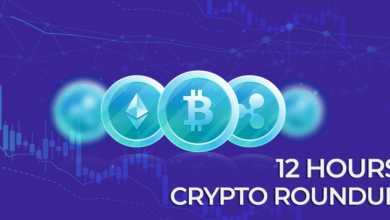