With Bitcoin and Ethereum so close to their pre-crash highs, the general sentiment in the market seems to be predominantly bullish. In that sense, analyst CroissantEth took the task to summarize the factors causing such sentiment amongst traders and operators.

Related Reading | As Bitcoin Breaks $57k, Quant Explains Why It Could See A Pullback Here

Via Twitter, the analyst claimed that Bitcoin has increased its levels of attention to levels last seen during May, just before the cryptocurrency lost over 50% of its value in the first of several capitulation events.

In addition, BTC’s second layer payment solution Lightning Network has experienced massive growth in its levels of adoption. The analyst attributed this growth to the introduction of the Bitcoin Law in El Salvador.

As seen below, the Lightning Network recently saw an explosion in its number of payment channels. At present, this metric stands at an all-time high with a 226% increase in the past 12 months.

Bitcoin will soon implement of its biggest upgrades since its inception, Taproot. To be rollout in November 2021, the upgrade will improve the network privacy and security, and smart contract capabilities. As the Croissant noted, when BTC upgrades “you probably want to pay attention”.

A third potential price catalyzer for BTC is the approval of an Exchange Traded Fund based on Bitcoin derivatives by the U.S. Securities and Exchange Commission (SEC).

How Bitcoin Could Benefit From A ETF Approval

Some analysts believe that the BTC ETF approval in the U.S. could trigger a “buy the rumor, sells the news” event. The CEO of Pantera Capital Dan Morehead even went as far as to claim this event will mark the end of Bitcoin’s current bullish cycle.

However, the Croissant disagrees with this take and has defended the importance of a BTC ETF as a way to attract fresh capital into the crypto market. As the analyst previously explained, investing in Bitcoin, after China banned it from its territory, could be considered ESG friendly.

Thus, this could create a new layer of incentives for institutions to allocate capital on the cryptocurrency, the Croissant said:

Investing in Bitcoin is investing in ESG. The significance of this can’t go understated, because it will be the argument needed for institutional adoption of BTC & several key players in the financial industry know this…

Finally, the analyst pointed out that BTC tends to trend to the upside toward the end of the year. The macro-economic landscape offers further incentives, with a “monetary policy disassociated from reality”, for investors to feel attracted to Bitcoin.

BTC trends downwards in the daily chart. Source: BTCUSD Tradingview
Ethereum On Its Way To A New Era

The second cryptocurrency by market cap Ethereum continues to dominate most of the major trends in the space. From Non-Fungible Tokens (NFTs), decentralized finances (DeFi), to the play-to-earn model popularize by platforms such as Axie Infinity.

Ethereum seems to have infinite use cases and applications. Thus, many institutions and big players have been turning their attention to this network.

On the other hand, we have Ethereum picking up steam in a bunch of sectors

The explosion of NFTs has brought big players to the blockchain, with new things being announced every day

This has attracted attention from the likes of VISA, GameStop, Budweiser, TikTok, & the NBA. https://t.co/bon2ql4j42

Of course, the recent implementation of EIP-1559, an upgrade on Ethereum’s fee model, has created a bullish catalyzer for ETH’s price. The update burns a portion of every transaction fee on the network effectively turning ETH into a deflationary asset.

The implications of this change are yet to be felt throughout the market, as the Croissant claimed:

EIP-1559 has worked behind the scenes to burn $1.8M worth of $ETH in just 68 days. This is ETH being removed from the existing supply, that would’ve otherwise gone in to the hands of miners (& likely been sold). This is going to have astronomical effects with time

The transition from Ethereum to Eth 2.0 in an event referred to as “The Merge”, is also part of the bullish factors for the cryptocurrency. The “supply shock” effect on ETH’s price and the improvements on the network scalability shouldn’t be underestimated, according to the analyst. 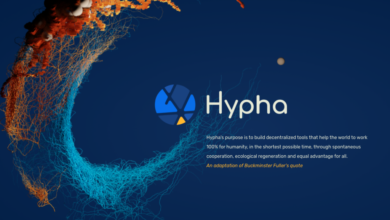 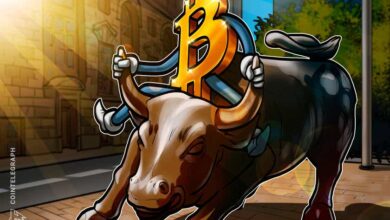 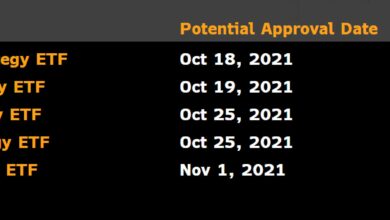