The viral short video application, TikTok’s NFT series “TikTok Top Moments”, has gone live with its first collectible today, auctioning at 6ETH, at the time of reporting. The Non-Fungible Token (NFT) incorporates a video of the Detroit rapper, Curtis Roach’s popular tune to “Bored in the House”, featuring him along with an animated layout of a city jamming to the catchy music.

Earlier this month, TikTok announced the launch of its first-ever NFT series “TikTok Top Moments”. The short video platform noted that it will be auctioning tokenized versions of its popular, “community-defining” videos by viral TikTok creators.

Furthermore, its NFT series comprises six “culturally significant” TikTok videos of respective creators, one of which is Curtis Roach’s “Bored in the House” that is currently live for auction. Upcoming creators include Lil Nas X, Rudy Willingham, Bella Poarch, Brittany Broski, FNMeka, Jess Marciante, and Gary. The featured creators will be collaborating with leading NFT artists such as COIN ARTIST, x0r, RTFKT, Grimes, and more, on limited edition NFTs.

TikTok’s NFTs are being auctioned on the Ethereum blockchain, and are further powered by Immutable X, a carbon-neutral Layer-2 scaling solution provider for the network. The exclusive TikTok NFT series are presenting on Infinite Duets: Co-Creating on TikTok, a new TikTok Exhibit at the Museum of the Moving Image in Queens, NY, from October 1, till November 5. TikTok’s NFT debut is aimed at providing an extra revenue stream for the creators and NFT artists, along with facilitating a better bond between the audience and the performers.

“The creation that happens on TikTok helps drive culture and starts trends beyond the platform. As the creator economy continues to grow, we’re continually looking for new and differentiated ways to support our creators. Now, fans can own a moment on TikTok that helped shape the internet while supporting some of their favorite creators. We’re excited to see how our community and NFT communities engage with some of the internet’s most beloved cultural milestones.”, stated Nick Tran, Global Head of Marketing, TikTok. 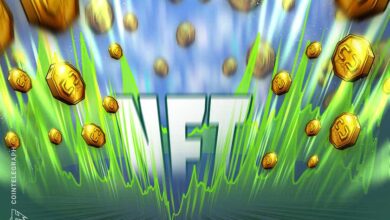