Cryptocurrencies were mostly higher on Thursday as some traders appear to be rotating into tokens that have underperformed over the past month. Bitcoin was roughly flat over the past 24 hours, compared with a 7% jump for ether over the same period.

“Direction-wise for BTC, we find ourselves with a bullish bias but unable to form a strong bullish conviction in spite of the clear optimism in the market,” crypto trading firm QCP Capital wrote in an announcement on Telegram.

Despite BTC’s recent outperformance, QCP mentioned that it is “extremely excited” about the new growth phase in the decentralized finance (DeFi) market. The firm maintains long positions in tokens such as Algorand’s ALGO and Solana’s SOL relative to its neutral BTC position.

Ether, the second-largest cryptocurrency by market capitalization, is holding price support above $3,500, and its underperformance versus BTC over the past month appears to be narrowing as some investors look toward improving fundamentals in alternative cryptocurrencies.

FundStrat, a global advisory firm reiterated its bullish stance on ether in a newsletter published on Wednesday. “We remain comfortable in the perceived tailwinds that the leading smart contract platform is set to benefit from and expect rotations into ETH to follow any sizable run-up in a bitcoin-dominated market,” the firm wrote.

From a technical perspective, the chart below shows the ETH/BTC ratio rising from the 200-day moving average for the first time since April, which preceded a period of strong outperformance. The ratio broke above a short-term downtrend in August and could see further upside toward 0.07 over the short term.

Still, some analysts expect bitcoin’s outperformance to continue given expectations for a bitcoin exchange-traded product (ETF) in the coming weeks.

“BTC open interest (the total number of outstanding futures contracts) is still 30% away from May highs, suggesting that markets have yet to reach a state of euphoria,” Delphi Digital wrote in a blog post. “As BTC’s ETF narrative strengthens, it’s likely that ETH and the alt L1 narrative (layer 1 altcoins) will take a back seat at least for the near future.”

Crypto exchanges are seeing modest outflows of bitcoin. Typically, outflows mean traders are deciding to store their BTC in wallets, anticipating higher prices instead of holding BTC on an exchange to buy or sell.

“May-July was the primary period of net inflows [to exchanges], however this has been fully reversed,” Glassnode, a crypto data firm, tweeted on Thursday.

Over the past few months, however, exchange outflows have plateaued, as seen in the chart below. That suggests traders are gradually moving BTC back onto exchanges for trading purposes as bitcoin’s price rallies. Over time, a shift to exchange inflows could signal a peak in BTC’s price, similar to what happened in May.

Digital Pound Foundation launches to push for UK central bank digital currency: A group of private sector professionals launched the Digital Pound Foundation, an organization that aims to promote the development of a central bank digital currency (CBDC) for the U.K., CoinDesk’s Eliza Gkritsi reported. The foundation will conduct research about and advocate for a digital British pound, and get multiple stakeholders to work together to help design and roll out the currency, according to a press release.

NEAR’s Aurora raises $12M to expand Ethereum Layer-2 network: Aurora, a project built on the NEAR blockchain that allows for Ethereum-compatible smart contracts to run on the chain, has completed a funding round of $12 million at a $150 million valuation, Thurman reported. The round was led by Pantera Capital and Electric Capital, and also included more than 100 investors.

Most digital assets in the CoinDesk 20 ended the day higher. 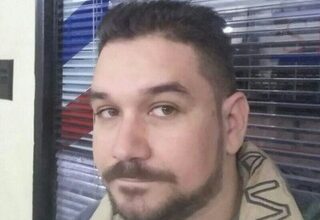 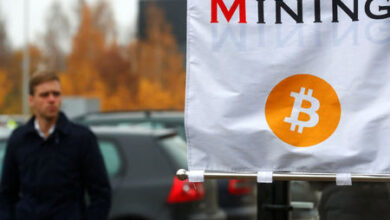 What has been standing in the way of a pure-Bitcoin ETF? 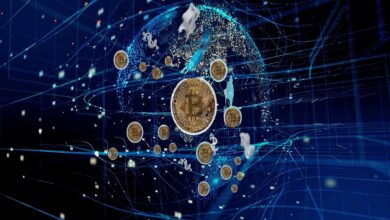