Bullish sentiment continues to grow after bitcoin’s price broke above $57,000 on Monday. BTC is up about 3% over the past 24 hours, extending its outperformance compared to alternative cryptocurrencies.

Analysts see continued upside, with some calling for a return to the all-time high near $63,000 this quarter.

“The crypto rally is impressive since it occurred in the face of a broader risk-off environment in both equities and bonds, with crypto markets seemingly decoupling from the equities markets,” Coinbase wrote in a newsletter last week to institutional clients. “We are seeing BTC clearly lead this market up as evidenced by bitcoin dominance (BTC market cap relative to the total crypto market cap) reaching multi-month highs.”

The initial BTC spike last week could be the result of traders taking large positions ahead of a rumored approval by the U.S. Securities and Exchange Commission of a futures-based bitcoin exchange-traded fund (ETF), according to CoinDesk’s Lawrence Lewitinn.

For now, technicals suggest the current rally is due for a pullback. The recent uptrend appears to be exhausted, according to Katie Stockton, managing director of Fairlead Strategies. Stockton expects about two weeks of price consolidation toward $47,000-$48,000, which is where the September sell-off stabilized.

The options market is placing a 20% probability on bitcoin ending the month at a new all-time high above $65,000, according to data provided by Skew. BTC is currently about 10% below the all-time high of $64,863 reached on April 14.

Analysts expect further upside due to the resurgence of buying activity and seasonal strength in the fourth quarter.

“Today’s leg higher, after a dull weekend session, keeps the bullish technical pattern of higher lows and higher highs in place, pushing BTC toward the double top around $59,580 made in May,” Nick Cawley, strategist at DailyFX, wrote in an email to CoinDesk.

A break above $59,000 could place bitcoin closer to the all-time high, so long as the downside remains limited around $53,000, according to Cawley.

Crypto-focused funds took in more than double the amount of new money last week than they did the prior week as bullish sentiment returned to the bitcoin market, reported CoinDesk’s Lyllah Ledesma.

The jump was largely driven by bitcoin-focused funds, where inflows rose to $225 million, the highest in five months, according to a report Monday from digital asset manager CoinShares.

Celo appoints former Facebook, Bank of America execs to board: Blockchain payments startup Celo appointed former Facebook executive Morgan Beller to its board alongside Jai Ramaswamy, who has previously worked at Bank of America, reported CoinDesk’s Jamie Crawley. Beller is the former head of strategy at Calibra, the Facebook subsidiary set up to develop the wallet for the social media giant’s cryptocurrency project Libra (later Diem). Ramaswamy is the chief risk and compliance officer of cLabs, the company behind the building of the Celo blockchain.

DeFi perpetuals exchange Futureswap launches new version: Futureswap raised $12 million in venture funding from Framework Ventures, Ribbit Capital and Placeholder.vc to launch an updated version of its Ethereum-based exchange, reported CoinDesk’s Helene Braun. The protocol, which taps into version 3 (v3) of leading automated market maker (AMM) Uniswap, enables leverage of up to 30 times on any liquidity pool. “We’re super-excited to add this layer as a new primitive,” CEO and co-founder Derek Alia told CoinDesk in an interview. “The amount of possibilities now are very, very cool.”

Most digital assets in the CoinDesk 20 ended the day lower. 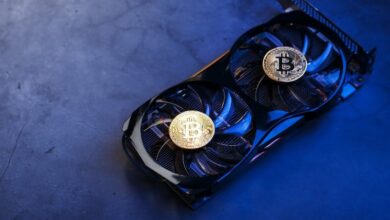 Senator Rand Paul on the Success and Growth of BTC

Brazil legislator proposes bill for workers to be paid in Bitcoin