CEO of financial services company Square Jack Dorsey could take another step further into expanding the Bitcoin ecosystem. Via his Twitter account, Dorsey announced that the company is currently “considering” the possibility of creating a BTC mining system.

A known Bitcoin bull, Dorsey has been exploring the sector throughout 2021 with important partnerships created with Ark’s Cathie Wood. As NewsBTC reported, the partners proposed an alternative driven system to support a renewable energy grid with Bitcoin miners.

Now, Square could be based their mining system on “custom silicon and open source for individuals and businesses worldwide”, the announcement said. Dorsey clarified that the mining system could track its hardware wallet model.

In August, the company revealed a new project to build a decentralized exchange to facilitate Bitcoin peer-to-peer trading alongside a hardware wallet. Similar to today’s announcement, the company emphasized the need to collaborate with the community and the ecosystem to benefit the project and the network.

Dorsey made some reflections on the nature of mining and:

Mining needs to be more distributed. The core job of a miner is to securely settle transactions without the need for trusted 3rd parties. This is critical well after the last bitcoin is mined. The more decentralized this is, the more resilient the Bitcoin network becomes.

In that sense, the CEO of Square believes BTC mining needs to be “more efficient” and to continue to move towards clean energy.

As stated in the aforementioned Whitepaper, BTC mining could be used to create and support an alternative energy system. Dorsey believes BTC and its network are a potential source of innovation for the renewable energy dilemma.

Therefore, Square wants to make BTC mining more accessible to everyone in order to resolve the issues around Silicon design and vertical integration in the energy sector. Dorsey said:

Mining isn’t accessible to everyone. Bitcoin mining should be as easy as plugging a rig into a power source. There isn’t enough incentive today for individuals to overcome the complexity of running a miner for themselves. What are the biggest barriers for people running miners?

The CEO of Square said Jessi Dorogusker will lead a team to research the technical requirements to undertake the project with Afshin Rezayee and Thomas Templeton. Dorogusker said:

BTC on a rally in the weekly chart. Source: BTCUSD Tradingview 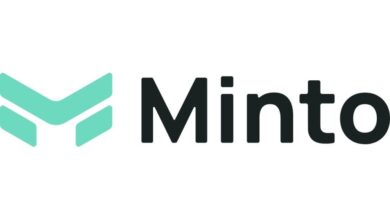 Cardano Price Predicted to Hit $15, While ADA Price Is Still Under Bearish Pressure