The Commissioner of the SEC, Hester Peirce, says it is unfortunate that the agency fails to regulate the crypto and decentralized finance sector.

She said this recently during an interview with Yahoo Finance, in which the famous “crypto mom” expressed her clear desire for legal directives to be issued in the US to allow the crypto sector to expand further.

“It is disconcerting to me that for three years now I’ve been asking for regulatory clarity, and we can’t seem to provide any. I think this is really becoming a huge barrier to this industry being able to develop in a way that’s safe, but also in a way that allows innovation to happen. And it’s a real shame to me that we are not just taking up the mantle as regulators to develop a regulatory framework”.

Peirce is one of five SEC commissioners, has been in office since 2018, and has always been very welcoming of the financial innovation brought by cryptocurrencies and decentralized finance.

She says the point is that, in the absence of regulatory certainty, many potential players in this innovation may decide to stay away, due to the possible and unknown legal problems they may face.

It is enough to think about the fact that among the big tech companies, almost all of them American, only one has approached this world (Facebook), and not without problems. If anything, Facebook’s blockchain-based project seems to have stalled because of legal problems.

Until now, only companies, or private individuals, who are prepared to take risks have played leading roles in this sector, so much so that the same Coinbase, an American company pioneer in this sector and now listed on the stock exchange, is having some legal problems, which, however, do not seem to be able to stop its growth.

If a world truly pervaded by cryptocurrencies and decentralized finance is to be imagined, the problem raised by Peirce is real. Due to the simple fact that in the absence of a clear regulatory framework, many players in global finance would either remain outside this sector, or on the sidelines, or even decide not to engage much.

In an earlier interview with the Financial Times, Peirce argued that overly strict rules could be detrimental to this digital innovation, admitting the difficulty of the regulator when faced with such major challenges posed by revolutionary innovations.

Institutions accustomed to operating within traditional finance are still struggling to understand how these new and different technologies work. This still makes it very difficult to imagine them being able to regulate a sector that defies existing, well-established rules.

Peirce herself admitted that regulators have difficulty keeping up with developments in cryptocurrencies and in particular decentralized finance. This is because they are used to dealing with large, centralized intermediaries. True decentralized projects pose a real challenge for regulators, although Peirce warns that in many cases decentralization is only apparent, and regulators could take action on the centralized players behind it.

The post Hester Peirce: it’s unfortunate that the SEC doesn’t regulate the crypto sector appeared first on The Cryptonomist. 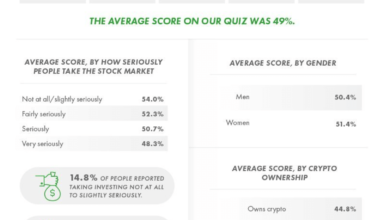 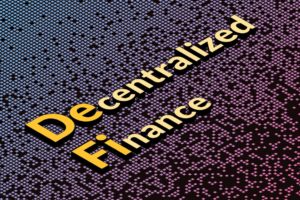 The pros and cons of decentralized exchanges for financial institutions