As retailers’ interests diverge from ventures that are considered mainstream, the crypto-verse has been open to continuous innovation. Several cryptocurrency projects with breakthrough innovations have emerged in the market. One such project is Gnosis, which is a decentralized prediction market network that is open-source and built on the Ethereum network.

The company’s core objectives include customized information search, the standard for predictive assets. And evolving as the most effective forecasting tool in the industry. The main interoperable products of Gnosis are used for creating, trading, and holding digital assets on Ethereum.

Gnosis’ GNO had manifested a magnificent price hike with a significant margin, in the recent past. Investment professionals have been hoping for one such outburst. Are you one among the numerous individuals who are keen on GNO? Fret not – as we’ve got you covered with our GNO  price prediction for 2022 and beyond!

* The statistics are from press time.

GNO had a bullish start to the year with a price of $529. However, right from the 1st of January the price progressively began bumping down to reach $280 on the 21st of January. The volatility raised its bars as the coin again walked into an uptrend reaching $378 on the 16th of February.

The cost kept revolving around the $350 price margin until the 30th of March when it confronted another peak at $469. However, this surge was for the short term, as the coin had been under bearish pressure since then. It fell to reach $314 on the 27th of April.

Following a continuous downtrend, the token struck $225 on the 13th of May. The downfall saw no bar as the price was $191 on the 5th of June. The lack of motivation was caused by the variations amongst marketers. Which also caused significant drops in the trading charts. Conversely, at the time of writing the coin was seen trading at $158.

On the other hand, a lack of trading activity and interest might cause the price to drop to $147.4. The average price may end up at $170 when the bullish and bearish targets are taken into account.

Members can exchange and get market knowledge thanks to the effective data search and sharing capability of Gnosis. Making informed market decisions will aid in adjusting the value of market commodities. This, along with optimism of the fourth quarter, might lead to a new top of $235.2.

However, a lack of ambitious future developments could bring the cost drop to $175.6. With no external influences, a linear price estimate might set the cost at $201.8.

The foundations of Gnosis emphasize putting the community at the forefront. It hosts the Full Node co-working centre for decentralized digital innovations and DappCon, a nonprofit event for the Ethereum community. That being said, an increase in user base might peak its cost at $400.8.

Instead, failing to cement its dominance amid escalating competition The cryptocurrency may crash to its low of $217.7. On the other hand, limited by a linear motion, GNO might settle at an average cost of $283.6.

The coin might benefit from community-building and forthcoming upgrades. This, along with predictions for the fourth quarter, might lead to a new record of $597.5. However, a dearth of optimistic development efforts could bring the cost down to $335.4. Also, a linear price estimate might set the price at $459.3.

Gnosis’ objective is to make it simple for programmers to create dApps on top of Gnosis as a decentralized, permissionless ecosystem. Additionally, it offers a devkit to allow building your very own case on the base of the platform as simply as possible. This might stir its maximum price to reach $894.8 by 2025.

A bearish divergence, though, should not be disregarded. If collapsed the price may trend at the level of about $485.9. The average cost might reach $638.1 if both bullish and bearish targets are taken into account.

What Does the Market Say?

Gnosis is a decentralized-prediction-system developed on the Ethereum protocol. The system helps individuals safely create, trade, and retain virtual currencies on Ethereum via its three integrated solutions. Consumers can gather data about impending occurrences and create forecasts using its services.

Individuals can even set up a prediction marketplace on the app that anyone can wager on. Sports, stock market changes, weather forecasts, and political interests are all featured events by the Gnosis. The primary goal of the business is to deliver personalized information seeking and prognostic assets to create a powerful forecasting tool.

Mainly, Gnosis is based on the idea that a group’s collective prophecies are typically more precise than even those made by an expert. The Gnosis safe, sometimes referred to as a multi-signalling wallet, enables a group of users to manage their money collaboratively. To function with web3 wallets, it stores ETH and ERC-20 coins.

Gnosis (GNO) went live in 2015 as a component of ConsenSys, an Ethereum venture production firm, by Martin Koppelmann and Stefan George. In April 2017, Gnosis was fortunate to get funding and set up shop on its own in Gibraltar.

Moreover, to ensure that the code in their smart contracts is current, safe, and compliant with the Ethereum framework, the Gnosis ecosystem also performs routine audits. As a result, it offers increased security as well as new features including multi-factor authentication, enhanced DApp compatibility & interaction, and increased recovery techniques.

Gnosis would gain attention with newer developments and partnerships. Also,  the platform will improve its performance to further increase its prediction system. The ecosystem, therefore, stands a fantastic opportunity of achieving significant benchmarks.

According to the GNO price forecast by Coinpedia, the currency could reach record highs. In light of these variations, GNO may therefore trade around $235 by the end of 2022. On the flip side, if the network doesn’t live up to expectations, it can hit a low of $175.

The Gnosis price went up to $266 in 2017 from its launch date price of $30.The price further spiked to $331 in the middle of August creating new highs.The token ended the year at $268 entering a bull run.

The value of the coin quickly touched $409 on the 5th of January.After this sudden peak, the coin instantly began rolling down.The value fell by $60 in April and from there it did not see any major up trend for the rest of the year.

The year did not turn out to be a fortunate year for the virtual currency as the price remained stable.The token traded below $30 for almost all the year with no major growth.

After receiving a bullish kickstart, the currency’s value, however, started to decline and remained low reaching an all-time low of $7.05 on March 13th, 2020.GNO, however, made a comeback and closed 2020 at $75.50.

To read our price prediction of eCash click here!

Q: Is Gnosis a good investment?


A: GNO has been a volatile coin and can be considered for the long term, whilst evaluating its fundamentals.

Q: What Does Gnosis Coin Do?


A: Gnosis is an Ethereum-based token that is primarily used to stake OWL tokens and to receive prizes. Users can also lock GNO for a maximum of one year.


A: According to our GNO price prediction, the digital token’s price could surge as high as $235.2.

Q: Where can I buy Gnosis?


A: It is available for trading at major exchanges like Binance, Gate.io, AscendEX, Uniswap, Kraken, Sushiswap, etc… 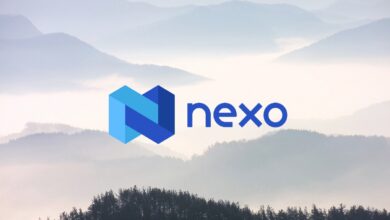 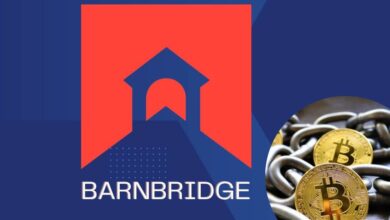