BTC managed to make a strong weekly close above $52.9k, the highs from September, further validating the bear trap to $39.6k. After holding the higher low at $40.7k, a level we have been watching closely, BTC successfully followed through higher by printing a second weekly candle higher.

It is important for BTC to continue holding above $52.9k this week and follow-through higher. It is now heading deeper into the major resistance zone between $55k to $58k, an area with heavy technical and on-chain resistance.

Many buyers earlier this year who purchased BTC above $50k are likely looking to break even. This could add near-term selling pressure between $55k to $58k, making it very important for the bulls to step in and absorb incoming supply on the market. Once the supply is exhausted, we can expect BTC to push above $58k and head towards retesting the all-time highs at $64.8k as there is less technical and on-chain resistance above $60k.

Despite BTC entering a heavy resistance zone between $55k to $58k, on-chain metrics continue to show no signs of major distribution from long-term holders and miners, further suggesting bull market continuation. During last week’s consolidation, spot exchanges registered a slight increase in inflows, mainly as some whales and traders took profit after BTC quickly rallied more than 35% from the lows.

Most of the selling came from short-term holders, which was confirmed by the UTXO Age Distribution metric showing selling from 3-month-old coins or younger and an uptick in the STH SOPR.

Despite consolidation and near-term profit-taking, the Mean Coin Age by CryptoQuant continued to trend higher, making new all-time highs. This firmly shows long term holders have not been selling this rally and continue to HODL their BTC.

BTC has continued to outperform the SPX even with global risk-off and a rising dollar. With the SPX forming a double bottom with multiple consecutive daily closes higher, money flowing out of long-term bonds, and the dollar flat, the market is showing potential signs of the risk on trade resuming.

Once investors get past the near-term uncertainties, we can expect the trillions of dollars in liquidity to flow back into risk assets, especially BTC. For now, BTC bulls will continue to fight the bears as the price is now testing the critical $57.1k to $58.3k resistance zone.

With the strong trend in fundamentals and on-chain metrics, it’s looking more likely that BTC is on its way to making new all-time highs later this month or in November. 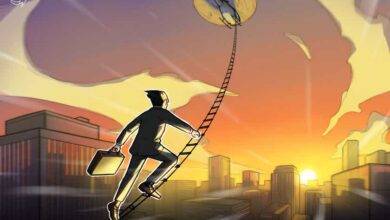 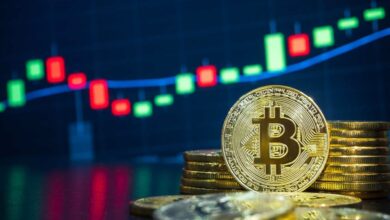