Dogecoin is a parody cryptocurrency created by Australian entrepreneur Jackson Palmer and software engineer Billy Markus in 2013. In an interview, Palmer said the idea for the project came from two internet tabs he had open on his computer at the time: one with a viral internet meme of a Japanese Shiba Inu “doge,” and the other with a list of the recently added cryptocurrency projects to the market.

Palmer jokingly coined the phrase “Dogecoin” to himself and took to his Twitter account to post the now-infamous line, “Investing in Dogecoin, pretty sure it’s the next big thing.” It immediately sparked interest from the meme-fuelled crypto community.

Dogecoin was initially designed to be “as ridiculous as possible,” in keeping with its parody theme and to prevent people from actually using it over the long term.

The total supply of 100 billion dogecoins was one of the “wacky decisions” the co-founders implemented to “make [dogecoin] … undesirable as a cryptocurrency so that it [didn’t] become serious.” Ironically, Dogecoin would later become such a hit with the crypto community that the supply limit was removed to promote the use of the crypto token as a tipping coin and discourage hodling, or hoarding, a behavior extolled in the bitcoin community.The Lucky Coin open-source code that Dogecoin was created from was purposefully chosen because of its highly unattractive mining system.

Dogecoin officially went live on Dec. 6, 2013, and became an instant hit with the community. After two weeks, the r/Dogecoin Reddit channel had over 19,000 users and the price of DOGE (the ticker symbol for the project’s official token) skyrocketed 300%, despite China announcing a ban on payment companies from dealing with Bitcoin at the time.

In 2014, DogeTipBot, a third-party tipping service, was created that interfaced with Reddit and allowed users to send dogecoin microtransactions to each other for posting favorable content. This service was instrumental in encouraging the early use of doge and also played a huge role in exposing non-crypto users to digital tokens for the very first time. By August, DogeTipBot had become the crypto industry’s leading tipping service with over 70,000 sign-ups and ran for three years before shutting down.

In the same year, the Dogecoin community collectively donated over $170,000 in DOGE to more than a dozen charitable causes, including a Kenyan clean water charity and an organization that supplied service dogs to blind children.

In 2015, Palmer and Markus stepped away from Dogecoin, calling the community “toxic” and criticizing it for being “white male-dominated” and marred by “buzzword-filled business ideas.” More recently, Markus said the dogecoin market has fallen foul to “Pump and dumping, rampant greed,” as well as “hype without research”.

The project was left in the hands of volunteer developers from the dogecoin community, who infrequently update the underlying code.

By January 2018, Dogecoin’s market capitalization broke the $1 billion milestone. But it wasn’t until 2021 that dogecoin’s popularity went to a completely different level.

On Jan. 22, community members of a Reddit channel called “wallstreetbets” orchestrated an attack on Wall Street hedge funds by pumping heavily shorted company stocks. Naturally, this social media-fuelled stunt attracted global attention and an increasing number of new followers to the cause. The Reddit channel reportedly grew by 1.5 million users overnight and was so overwhelmed that it had to go offline temporarily.

It wasn’t long before the rebellious horde of stock pumpers started looking for the next “cool thing” to pump, and dogecoin, being a decentralized cryptocurrency with a strong presence in internet pop culture, was an obvious choice. Within 24 hours, doge prices surged 142% and later grew by a further 200% after Tesla CEO Elon Musk joined the fray, sharing a satirical image of “Dogue” magazine to his 54 million Twitter followers.

Since then, Elon Musk – now the self-proclaimed “Dogefather” – has been responsible for pumping doge prices on several occasions by sharing various references and memes relating to the dog-themed cryptocurrency on his social media feed.

Dogecoin’s mining code was initially copied from a project called LuckyCoin. LuckyCoin – a fork of Litecoin, which is a fork of Bitcoin – featured a completely random block reward schedule where miners could receive zero or potentially thousands of free coins for producing new blocks. Palmer and Markus believed the randomness would irritate dogecoin miners and prevent them from actually using the token long-term.

Palmer and Markus also decided to change this to a fixed block reward schedule similar to bitcoin’s in March 2014. Blocks created under the new schedule contained 10,000 dogecoin, meaning 5.2 billion dogecoins are mined each year.

Dogecoin’s mining difficulty adjustment (which controls how hard or easy it is to find a block) is tweaked every block, unlike Bitcoin, which adjusts every 2,016 blocks.

In 2014, Litecoin creator Charlie Lee proposed the idea of merge-mining Dogecoin and Litecoin. This idea of “merged mining” meant miners would mine both Dogecoin and Litecoin simultaneously, helping to boost the network security of Dogecoin. Palmer and Markus accepted Lee’s proposal four months later. This resulted in dogecoin producing faster blocks than Bitcoin (1 minute vs. 10 minutes), meaning doge transactions are significantly faster than Bitcoin transactions.

Despite all the celebrity endorsement, social media hype and internet tribe support, there are a number of associated risks with owning dogecoin that not all investors are aware of.

Unlimited supply: Unlike bitcoin and many other cryptocurrencies, dogecoin does not have a fixed supply. This means prices are not supported by scarcity and rely on buyers constantly buying new dogecoin that enters circulation to maintain its value.High issuance rate: Dogecoin has a fixed block reward where successful miners receive 10,000 dogecoins every minute, compared to bitcoin where miners receive 6.25 bitcoin every 10 minutes (until the next halving of that rate occurs sometime in 2024). Ultimately, this means more dogecoins enter circulation in two days (28 million) than bitcoin’s total supply (set to top out at 21 million around the year 2140).Infrequent tech development: Dogecoin’s tech development is maintained by a team of voluntary developers who, until recently, had submitted relatively few code updates and releases. Before the latest Dogecoin Core 1.14.3 release in February, the last update was released in November 2019.Concentrated ownership: According to data from IntoTheBlock, there are nine wallets that collectively hold more than 40% of all dogecoin, with one wallet holding 28%. This means that at any moment one of these whale investors could cash out and send the price plummeting, or alternatively could use their huge position to manipulate the market. In contrast, there is only one active bitcoin wallet that holds just over 1% of the entire supply. 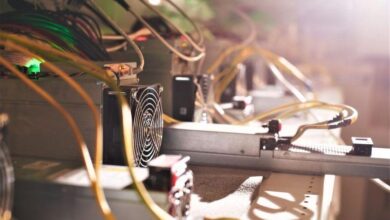 Understanding the Fundamentals of Coinovy: Crypto-to-Fiat