The use of cryptocurrencies has surged in Afghanistan, as traditional financial systems fail amidst the Taliban’s takeover of the country.

Due to Western governments, banks and money-service businesses cutting off access to other forms of finance, Afghans have increasingly come to see cryptocurrencies as a safe place to store their funds, providing a small but critical financial lifeline.

This rise in cryptocurrency usage over the past several months has lifted Afghanistan into the top 20 of the 154 countries ranked in the 2021 Global Crypto Adoption Index. Last year, Afghanistan ranked among the lowest on the index published by crypto analytics firm Chainalysis in August. Chainalysis ranks countries by the growth in volume of crypto trading, while adjusting for the population’s purchasing power.

In addition to the recent surge, select Afghans who were early investors in cryptocurrencies have been able to use the profits to safely evacuate their family and friends. Over the past decade, Roya Mahboob, a founder of the non-profit Digital Citizen Fund along with her sister, taught thousands of girls and women basic computer skills at their centers in Herat and Kabul. They also facilitated financial services, as most girls and women lacked a bank account because they were prohibited, or because they lacked the documentation.

Nearly one-third of the almost 16,000 girls and women that learned basic computing skills at Digital Citizen Fund centers also learned how to set up a crypto wallet and receive funds. Some of the more keen also learned how to trade and invest in Bitcoin and Ethereum. Using these proceeds, several of these women managed to leave the country after the Taliban captured Kabul on Aug. 15. They were able to use their crypto wallets to transfer money out of the country, and help evacuate their families to settle in new countries.

This demonstrates that even as large institutional investors have poured into Bitcoin and cryptocurrencies, they are also becoming increasingly embraced by those with limited access to the formal banking system, and others in conflict zones or unstable nations. For example, Venezuela has used Dogecoin to purchase essential goods, after the free-fall of the local currency.

“In failed or challenged states it provides a way for people to support family members,” said Keith Carter, an associate professor at the National University of Singapore School of Computing. “Cryptocurrency, if anything, is going to where there is a lack of digital infrastructure, and encouraging development of infrastructure by increasing demand for digital services,” he said.

However, as Afghan use cryptocurrency to transfer their funds out of the country, there is the additional risk that the Taliban could adopt them as part of a national economic policy, in an effort to circumvent Western sanctions.

Although the Taliban has yet to take a position on the use of digital currencies, cryptocurrencies do not lack advocates among their supporters. For instance, one Afghan-American woman using the pseudonym “Bibi Janey” on Twitter has suggested Taliban leadership learn how to exchange cryptocurrencies. She believes the ability to send anonymous transactions while avoiding the Western financial system makes it a perfect financial tool for the Taliban.

Despite its potential to aid those in need, the threat of cryptocurrencies facilitating the internationally condemned new regime may result in drawing further ire from skeptics in the West.

The post Crypto Use Surges in Afghanistan Amid Taliban Takeover appeared first on BeInCrypto. 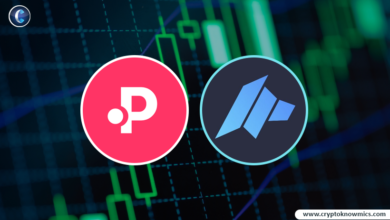 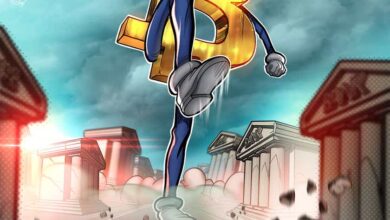 Bitcoin futures ETFs: Good, but not quite there