Blockchain firm Constellation has acquired retail-data startup Dor with the aim of adding footfall information to its other relevant datasets.

Terms were not disclosed, though a Constellation spokesperson told CoinDesk the amount is “eight figures,” placing it between $10 million and $99 million.Dor aims to help retail brands grow through a data analytics system that uses a thermal sensor to measure store visits, or footfall.The acquisition allows Constellation to use the information provided by Dor’s hardware and integrate with relevant datasets to provide data for stores, opening the doors for wider use of blockchain within the industry.San Francisco-based Dor was founded in 2015 by two former Apple engineers and has received more than $15 million in investment from seed and Series A funding rounds. The company services more than 2,000 retailers in the U.S. and Canada. 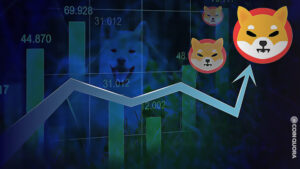 Is Bitcoin as the ‘fourth industrial revolution’ a matter of debate