The waitlist for Coinbase NFT, a peer-to-peer marketplace for non-fungible tokens (NFTs), has already seen over 1.4 million signups, and that’s in less than 48 hours since the San Francisco-based crypto exchange announced the imminent launch of the platform on Tuesday.

Slated to open before the end of the year, Coinbase NFT, according to the original announcement, “will make minting, purchasing, showcasing, and discovering NFTs easier than ever.”

“Just as Coinbase helped millions of people access Bitcoin for the first time in an easy and trusted way — we want to do the same for the NFTs,” the company said.

At press time, the waitlist counter for Coinbase NFT has reached 1,427,450 and with such a ratio of signups could be well on its way to surpass 2 million by the end of the day—provided technical issues don’t slow the process down.

“We are getting a LOT of signups – so grateful for all your interest,” Coinbase vice president of product Sanchan Saxena wrote on Twitter on Wednesday. “We are seeing insane loads on our servers and our team is working hard to get this resolved. Check back soon!”

We just announced the upcoming launch of Coinbase NFT (https://t.co/U1ymWieRT3). We are getting a LOT of signups – so grateful for all your interest .

We are seeing insane loads on our servers and our team is working hard to get this resolved. Check back soon! #Coinbase

Though there is little info regarding any fees the company may accrue from the new business, these “insane” numbers could turn into a hugely profitable new business for Coinbase.

OpenSea and Rarible are the NFT market’s current incumbents. The two were responsible for a combined $6.8 billion in trading volume in Q3 2021, with OpenSea contributing more than 99% to that figure, according to the latest report from blockchain analytics firm CoinGecko.

Data from DappRadar shows that over the past month, OpenSea has had a rolling 30-day average of 261,050 active users who have conducted a total of 2.49 million transactions worth $3.02 billion.

FTX US Aims to Take On OpenSea—First With Solana NFTs, Ethereum Only ‘Weeks Away’

These are undoubtedly impressive numbers for the nascent NFT industry. Still, the booming DeFi sector dwarfs these figures, recently passing $216 billion in total value locked. With Coinbase and its user base of more than 68 million entering the scene, things could change dramatically.

I bought my first Bitcoin on Coinbase in 2013. Many will buy their first NFT on it too.

Coinbase is also joined by major players Binance and FTX. How Will be the Bitcoin(BTC) Price Rally in the Upcoming Week, Is $44K Possible?? 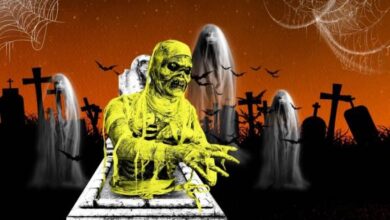 Coins That Came Back From the Dead