It’s great that the founder decided to give us one more chapter of Litecoin‘s story. Let’s tie up loose ends and wrap this whole series with a bow on top. As it turns out, Charlie Lee returned to his job at Coinbase. Was the company more supportive this time around? Plus, as we warned you last time, at one point Lee sold all of his LTC. What were his reasons to do that? Did he have a plan? And, more importantly, did the plan work?

Learn all of that and more in the concluding chapter of this legendary saga.

Charlie Lee Vs. Coinbase, Round Two

After successfully activating SegWit on Litecoin, Lee returned to his job at Coinbase. Ever the pioneer, this time around he worked from home. The year was 2016. Once again, “given how successful the Ethereum launch was,” Charlie Lee tried to get Litecoin listed on Coinbase. “Brian reluctantly agreed to launch on GDAX only.” The predecessor to Coinbase Pro, GDAX stands for Global Digital Asset Exchange.

The launch didn’t go as Lee hoped. Because there was no launch. “For reasons unknown to me, Brian & Fred refused to do a full launch on GDAX & Coinbase like we did with ETH.” Even though Charlie Lee helped design ETH’s launch, which was a moneymaker for the company. To make things worse, “Fred had refused to let Coinbase hold any LTC and due to conflict of interest.” Which, if you think about it, might be the reason Charlie Lee is looking for. Besides, a conflict of interest serves as a link to today’s main story.

Since the exchange had no Litecoin liquidity, Charlie “had to personally lend Coinbase my own LTC.” As the following chart shows, Litecoin was the #4 coin at the time. It “almost matched Etheruem’s and LTC wasn’t even on Coinbase.” Was this a personal attack or does the conflict of interest narrative rings true to you?

It would have been easy to launch on both GDAX and Coinbase. Actually, it would have been easier since we already have a successful launch plan to follow. Coinbase basically had to go out of the way to cripple the Litecoin launch and not even hold any LTC to pay for miner fees.

So, Charlie resigned. The company asked him to stay a while to ease the transition. A few months later, with nothing to lose, Lee shot his last shot to try to get Litecoin listed on Coinbase’s main site. Surprisingly, Brian Armstrong agreed.

This was definitely not a staged tweet and reply. I actually didn’t expect Brian to reply at all, but I was extremely glad to see him agree with me.

So right away, I gathered the team together at Coinbase to launch Litecoin. I didn’t even talk to Brian after his Twitter reply.

Litecoin officially launched on Coinbase in May. On June 9th, Lee left the company for good.

Today’s my last day at @coinbase! I will miss working with you all.

I’m going to shift my focus to Litecoin now. To the moon! 😁 pic.twitter.com/Ys9dZwtTFO

The move was extremely successful. Lee estimates that Litecoin made Coinbase over $100M through that first year. “Brain even emailed to apologize for what I had to go through. He agreed that adding Litecoin was super lucrative for Coinbase.” Even though that happened, in his Twitter thread Charlie went for the jugular. “I guess you can blame me for turning Coinbase into a sh*tcoin casino that it is today.” Savage!

LTC price chart for 10/15/2021 on Exmo | Source: LTC/USD on TradingView.com
The Founder Sells All Of His Litecoin

The story you were waiting for. At the end of 2017, Charlie Lee sold all of his Litecoin. At the market top. In the thread, he doesn’t mention a conflict of interest, but that was the reason he wielded at the time. Nowadays, Lee says that because of the fair launch, he didn’t have that much LTC. He had to mine and buy his share, like everybody else. He also says that “Pretty much every other altcoin had a huge premine. Even Ethereum had like 70% coins premined.”

According to the founder, these were his objectives:

Remove the fear of a Satoshi stash

Align my motivation/incentive to Litecoin adoption versus LTC price rise

At the time, the move was controversial, to say the least. People assumed the captain was abandoning the ship. At the market top. However, Charlie Lee has spent four years leading the project, focused on Litecoin adoption and “not on the price of LTC.” Since then, they launched LTCpay, “a self-hosted merchant processing service,” and credit card backed by Litecoin. And they hosted a “Global Litecoin Summit” in September 2018.

Plus, they sponsored a UFC night and became “the Official Cryptocurrency of the Miami Dolphins.” for a while in 2019. By the end of 2020, PayPal announced Litecoin support. “PayPal did not reach out to me beforehand. Actual there’s no reason they needed to! Litecoin is a decentralized cryptocurrency after all. It was honestly very satisfying to see this happen.“

Charlie Lee’s new project for Litecoin is fungibility. Read all about it in this thread. This new feature is almost done,”The code is being audited right now, and we are very close to releasing it. After release, it will take some time for it to be activated.” Lee expects this to happen in early 2022.

The author finished his epic thread with these two heartfelt tweets.

The blockchain for all intents and purposes is alive. I cannot shut it down and I know Litecoin will outlive me. These 10 years have been a wild ride. Here’s to 10 more. 🥂

It’s amazing what Satoshi Nakamoto has created. I am privileged to have played a tiny part in all of this. pic.twitter.com/1Zks4QzZbU

Congratulations on your 10th anniversary, Litecoin!

Featured Image: Litecoin 10 years from this tweet | Charts by TradingView 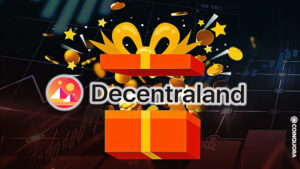 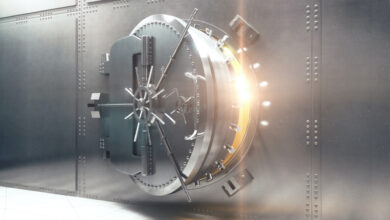 As the Crypto Economy Nears $3 Trillion, Top 10 Crypto Exchanges Hold Over $206B, More Than 7% 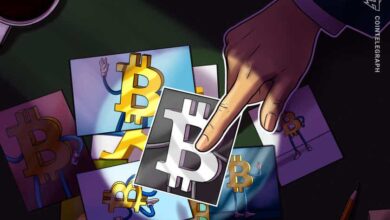 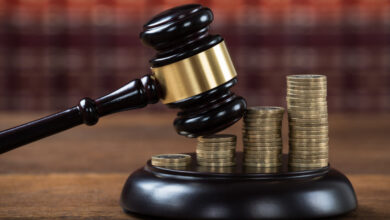