Yusuke from Coin Club Japan & Cointelegraph Japan joined the Cryptonites podcast tonight for a talk on everything Bitcoin, markets, and crypto in Japan. He caught up with Cryptonites host Alex Fazel, making for an evening involving both trending and insightful topics.

He’s bilingual which is a very rare tonne of knowledge great guy so you’re in for a treat to understanding the Japanese investor mindset and many other things in a very secluded country.

Here are some interesting tidbits from the podcast.

“Based on my observation, these are definitely those who really love gambling, you know, coming to DeFi or crypto in general. But also, I think, as a country as a whole Japanese people have less and less faith in their future security. So this is an interesting phenomenon going on. So back then, like the past couple of decades, there’s an unspoken promise between employer and employee, which is lifetime employment.”

What’s the extent of crypto in Japan?

“I think it is quite limited. And I don’t know if I don’t know how many people really think that way. I think maybe back then people thought of Bitcoin as a legal tender or whatever, you know, maybe, or maybe similar way to that but right now I think people just see Bitcoin as cryptocurrency and the store of wealth.”

“And the number of coins hasn’t been increased for a long time. So people have limited access to those very few coins. But I think Ripple and Ethereum: those two are very popular.”

Differences between the West and the East

“I know some people became very successful, but I know some people are miserable now. And I think those like a meme culture, like properly assess the associated risk. I think it’s the really important thing, and I think that’s something that Japanese culture really, you know, brings to the west.”

“But also, on the other hand, in the Western countries, I guess people are more open to maybe put it in, put money in something that’s risky, maybe high-risk high return. And I think that there has to be also, you know, taking into this Japanese culture, because it’s so extreme.”

The Miami Bitcoin Conference Is Underway! 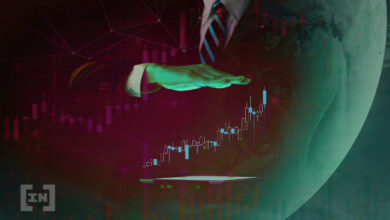