The perks of decentralization have been an imperative catalyst behind the growing prominence of cryptocurrencies. The level of security and privacy offered by digital assets have escorted a myriad of users and investors. Bytecoin is one of the projects which focuses on the privacy and security of the users.

Bytecoin was the first to implement the Cryptonote encryption algorithm in its space. The blockchain offers global, instant, and private transactions that require no fees and are untraceable. Lured by the core principles, but dubious over its prospects? Fret not as this write-up will cover the plausible predictions for 2022 and beyond!

Bytecoin had commenced the year 2022, whilst being in a downtrend and with a price tag of $0.0002368. The downswing further aggravated following the market-wide sell-off, which dragged the price to $0.0001913 by the 22nd of January. After accumulating in the range until the 3rd of February. The altcoin shot up to $0.00024 by the 4th of February. The lack of strength in volumes failed to help sustain the price at the levels.

The digital asset has slipped down to its support levels of $0.00007936. Being down close to 50% since the start of the quarter. If the digital asset welcomes a reversal in trend with bullish volumes, the price might spike up to its quarterly high of $0.0001109.

On the contrary, if the bears continue to predominate the space, the price might stumble down to $0.00007011. Constrained by linear price propulsion, the average price might settle at $0.00009435.

Stabilizing market sentiments coupled with fundamental strengths such as untraceable payments, unlinkable transactions, and scalability could attract collaborations and adoptions. If materialized, the altcoin’s price might chug up to a maximum of $0.000165.

Conversely, if the protocol fails to attract the crowd, the price might take a swing to $0.0001098. That said, regular trade pressures might settle the price at $0.000137.

Prediction Of BCN For Q4

The optimism of the fourth quarter, and the fuel coming from a possible bull run. Might propel BCN to its annual high of $0.00023417. In contrast, if the protocol falls prey to negative criticism and liquidations. The price might dwindle to $0.000149. Considering the bullish and bearish targets, the average price might settle at $0.0001974.

If the crypto project employs developments to empower its network, and initiatives to strengthen the community. BCN’s price might buckle up to its maximum of $0.000446. However, a possible financial crisis or regulatory crackdown might knock the price down to $0.0002332.

Price Prediction Of BCN For 2024

Bytecoin could invite fortunes if it manages to attract institutions and whales, whilst giving a boost to its userbase. In such a case, BCN’s price might escalate to its potential high of $0.000807. Conversely, if the bears outrun the bulls, the price might stumble down to $0.000445.

With the growth of the crypto platform, Bytecoin might enhance its transaction facilities for the betterment of users. The growing prominence of the digital asset might take the price to $0.00162. However, emerging rivals and stiffer competition might bring it down to $0.00078.

What Does The Market Say?

Click here to read our price prediction of Verge (XVG)!

Bytecoin has been an open-source private, decentralized digital currency that enables users to participate in the network building of Bytecoin. Security and privacy are generally defenders of the network. And it could facilitate the best service for those who wish to keep their transactions private.

The open-source blockchain is run by a multitude of network nodes across the globe. Moreover, the platform makes use of Ring signatures to bridge different outputs of similar value into one trade. The core goal of the platform is to build a brand new, improved, and more efficient financial system. That enables faster and more professional services at a reliable cost for its holders.

Initiated in July 2012 Bytecoin is a private, decentralized cryptocurrency with an open-source code that is untraceable. One of the popular cryptocurrencies Monero (XMR) shares a history with Bytecoin as it is a hard fork.

Following the principles of being self-regulated, open to any development, and egalitarianism. BCN  aims to provide privacy and security for those who want to keep their finances private. Bytecoin was the first project to implement the cryptonote encryption algorithm. Bytecoin is entirely anonymous. Its algorithm consists of ring signatures, unrelated transactions, and hidden addresses.

The supply of BCN is limited to more than 184 million and all the coins are minted and out for supply. No doubt the platform was surrounded by some rounds of negative flaws. However, the ecosystem worked hard and rolled out many announcements, updates, and new partnerships.

The Bytecoin price has been under bearish dominance over the past two years. Whilst the platform intends to enhance security, publicly observable deposits, and interoperability in the upcoming days. BCN price would rise and shine if it works in line to further strengthen these factors.

According to Coinpedia’s formulated Bytecoin price prediction. The network needs to find that one momentum that would drastically raise the price above previous levels. On a positive note, the price of BCN might hit a maximum of $0.0002 by the end of 2022. However, falling prey to FUD the digital asset might descend to $0.00015.

Bytecoin was initially introduced in the year 2012, it was not worthy at that time. Later on, it was launched on June 17, 2014. As it got listed on a few cryptocurrency exchanges, Bytecoin started to trade at $0.000061. BCN continued to trade at the same price with certain fluctuations for further years.

The fourth quarter started with a price tag of $0.000274. The digital asset remained in the narrow range until the 29th of October, before closing the month with a single-day spike to $0.000462. BCN’s price had embarked on a steady descend throughout the month of November. Whilst December had commenced on a positive note, with a price tag of $0.000396. However, BCN lost 38.5% in valuation taking the price to $0.000243 by the year-end.

To read our price forecast of Ampleforth (AMPL) click here!

Q: What is Bytecoin?


A: Bytecoin is a private decentralized cryptocurrency, which is an open-source protocol. That allows everyone to take part in the development of its network.

Q: Is Bytecoin a good investment?


A: Yes, considering the fundamentals, Bytecoin might be a good investment for the long term.

Q: Where can Bytecoin be traded?


A: Bytecoin can be traded on exchanges like Coinex, Poloniex, HitBTC, Gate.io, and many more.

Q: What will be the maximum price of Bytecoin by the end of 2022? 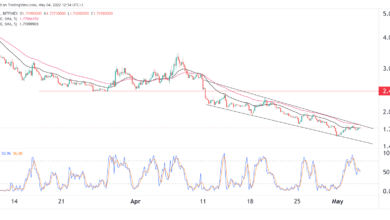 Anchor Protocol price prediction as TVL crawls back to $20 billion 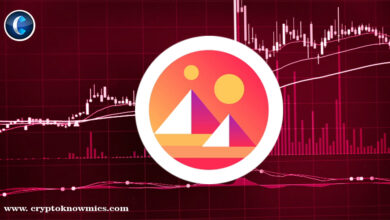 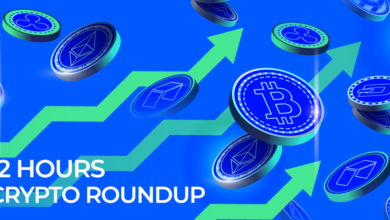