Bitmain is stopping the supply of its Bitcoin miners to mainland China. It’s doing so in compliance with local government regulations.Bitmain says its decision won’t affect its offshore business. But this could be the beginning of its exit from China.

Bitmain, a leading producer of Bitcoin (BTC) mining hardware, is pulling the plug on their shipments to mainland China effective Monday. The firm has said so in a statement it released in Beijing on Sunday.

The firm says that its decision drew from the need to observe government regulations. It’ll, however, continue serving its offshore markets as usual.

This decision won’t come as a surprise to many in the crypto industry. Currently, China is pursuing restrictive policies targeting the sector. And Bitmain’s decision is indicative of the toll that China’s anti-crypto stance has had on operations in the area.

Bitmain has been going through a rough patch domestically. Its profitability has been declining since 2017. Back then, the domestic market accounted for up to 50 percent of its profits. That figure shrank to 40 percent in 2018.

Is Bitmain preparing to exit Beijing?

Analysts believe that the decision won’t affect the company’s profits significantly. What’s clear, though, is that it could mark its exit from China.

The decision has drawn mixed reactions on Reddit. Redditors like danielrayson think that the decision will kill BTC. But another user, BKCrypt01, feels that it’ll create a win for all. The Redditor insists that Bitmain can focus on serving other crypto-friendly regions.

One region that stands to benefit from the development is North America. Since China intensified its crackdowns on crypto activity, it has emerged as an alternative investment destination. Besides having less restrictive laws, the region boasts abundant supplies of clean, affordable power.

It’s an opportunity that Bitmain hasn’t been slow at grabbing. Last month it inked a deal to supply ISW Holdings(BlockQuarry) with 56,000 BTC miners for its Georgia mining concern. The latter projects that it’ll be generating monthly revenues of over $10 million by October next year.

China’s crypto crackdown has been ongoing for a while. It says two major reasons underlie its stand. First, it deems cryptos as speculative and therefore disruptive to its economy. Second, the sector’s ballooning power needs strain its current capacity.

The country has therefore issued decrees that have gradually shrunk freedoms within this space. Its most recent effort has been to place crypto mining on its 2021 list for negative market access.

The list details sectors of the Chinese economy where the government has banned investments. It’s a decision that effectively sounds the death knell on crypto mining in the country.

Consequently, many firms have chosen to relocate their operations. Among the crypto supportive regions that they’ve migrated to are Singapore and Hong Kong.

Prominent crypto exchanges Binance and Houbi lead at least 20 other firms to relocate their operations. Others are Spark Pool, the premier Ethereum mining pool, and Powercrypto Holdings. And now Bitmain has joined them.

Bitmain can find solace in the fact that the regulations haven’t banned the production of mining hardware. That means they can still produce them but not for domestic use. It isn’t clear where Beijing will direct its next crypto affront.

Even with increasing restrictions, Chinese crypto enthusiasts have found ways of keeping their ventures alive. Today mining is private and small scale. These use graphics processing units (GPUs) that are highly portable. Additionally, they use virtual private networks (VPNs) to mask user identities.

Founded in 2013, Bitmain is a multinational specializing in semiconductors. Although its current headquarters are in Beijing, reports suggest that it’ll be moving to Shenzhen. It produces solutions for applications in both Blockchain and Artificial Intelligence.

SHIB plummets 20% as Elon Musk reveals he owns none 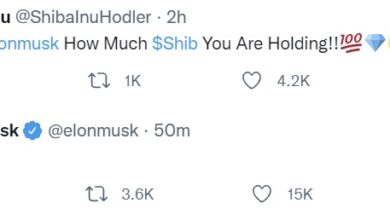 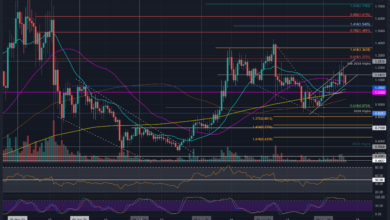 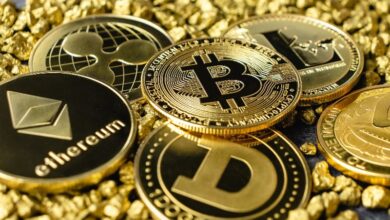