BTC’s brief spike to $45K prompted some analysts to call a trend reversal, while others caution that a revisit to $34,000 is not out of the question.
Bullish optimism returned to the cryptocurrency market on March 1after a majority of tokens turned green and Bitcoin bulls telegraphed their intention to hold the $40,000 level as support going forward.Data from Cointelegraph Markets Pro and TradingView shows that the price of Bitcoin (BTC) has surged 20% from a low of $37,409 on Feb. 28 to an intraday high at $44,951 on Tuesday. BTC/USDT 4-hour chart. Source: TradingViewHere’s what several analysts are saying about the sudden bullish reversal in Bitcoin price and what crypto traders can expect moving forward during this time of increased global tensions. A revisit to $34,000 is “not out of the question”Prior to Tuesday’s price surge, BTC sellers were firmly in control of the market according to a report from Delphi Digital, which posted the following chart and noted that “in the wake of recent events that have unfolded, being cautious over the last two weeks has indeed proved to be the correct course of action.”BTC/USD 6-hour chart. Source: Delphi DigitalAccording to Delphi Digital, the major lower support level to keep an eye on is $34,000 based on the amount of support seen there back in January when a hawkish Fed caused markets to tumble “before staging an impressive rally.” Delphi Digital said, “Since then, price has failed to sustain momentum and returned to this $34,000 region as Russia announced its invasion of Ukraine. Price has since bounced to $38,000 at the time of writing, but a revisit of the $34,000 support level is certainly not out of the question just yet.”Hodlers are hopefulA more bullish projection was offered by on-chain analysis firm Glassnode, which noted that “despite a 50%+ correction” since the highs in November, a majority of the buyers that had entered the market throughout the August to November rally “have not liquidated their positions.”Bitcoin URPD on Feb. 27. Source: GlassnodeAccording to Glassnode’s analysis of the URPD metric, which shows the distribution of coin supply at the price it last moved on-chain, “the primary redistribution appears to be coming from investors who bought the $60,000+ range” and have recently been selling in the $35,000 to $38,000 price range. Glassnode said, “This spending behavior describes a market dominated by price insensitive HODLers, who appear unwilling to liquidate their coins, even if held at a loss. Meanwhile, top buyers have been significantly fleshed out, and represent a far smaller proportion of the investor cohort when compared to May-July 2021.”Related: 3 reasons why Bitcoin price rallied toward $45K entering MarchIs Bitcoin’s reversal official?A final bit of insight with a bullish bent was offered by options trader and pseudonymous Twitter user John Wick, who posted the following chart noting that “you can see we have a clear double bottom with a nice sign of strength.”BTC/USD 1-week chart. Source: TwitterJohn Wick said, “We also have a confirmed reversal. Stops should always be set under the signals wick. I would be surprised if this setup takes us over $60,000.”The overall cryptocurrency market cap now stands at $1.93 trillion and Bitcoin’s dominance rate is 43.2%.The views and opinions expressed here are solely those of the author and do not necessarily reflect the views of Cointelegraph.com. Every investment and trading move involves risk, you should conduct your own research when making a decision. 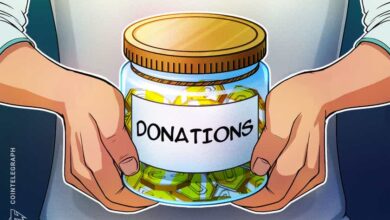 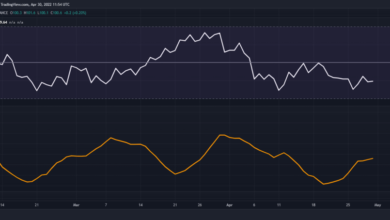 Litecoin Price Analysis: bulls again fail to interrupt bullish hurdle; are buyers away from the LTC?