Last trading week on the BTC market can be called one of the most intriguing weeks in the last six months. On the one hand, nothing unexpected happened. Trading volumes for the week were average and did not show us the struggle between buyers and sellers. However, closing the weekly candle below the previous historical high has raised many questions among market participants. On the one hand, in the event of a false breakout of the historical high at low volumes, the BTC price often turned around. However, now we see that sellers have enough strength for only two aggressive days of dominance in the bitcoin market. https://www.tradingview.com/x/tsIFYJxt/ Over the weekend, price pressure eased and buyers managed to close the weekly candle at $60,850. Thus, the BTC price closed below the opening price, but above the global liquidity range of $58,200-$60,400. Analyzing the weekly timeframe, we can see that this range was the main reason for the collapse of the Bitcoin market in May 2021. Control of the $58,200-$60,400 range gives buyers the prospect of continued growth to $77,000 without correction. Though, given the BTC price active growth since the end of September, market participants will have to go through a small consolidation over the range of $58,200-$60,400. This scenario will only strengthen the position of buyers and allow the entire cryptocurrency market to follow the example of Bitcoin. Technical Analysis of BTC on the Daily Timeframe https://www.tradingview.com/x/EnH2ZBQu/ Analyzing the daily timeframe, you can see how clearly the BTC price on 23 and 24 October tested the mark of $59,500. In this note, in addition to the liquidity zone, there is a psychological Fibonacci level of 0.5. Given that the previous two trading days were held at low volumes, the strength of sellers in this price range is weak. So now it all depends on the willingness of buyers to continue the growth wave without deep correction. If we see sluggish price growth at low volumes in the next few days, it will be a signal that the correction of the Bitcoin price has not yet been completed. In this case, we have two scenarios. The first positive scenario predicts the BTC price stop in the consolidation range of $59,500-$67,000. Such a scenario will have the most positive impact on the entire cryptocurrency market and will give altcoins a chance to catch up with Bitcoin. However, if the $59,500 mark is lost, the cryptocurrency market expects the correction to continue with the first target of $52,450. Bitcoin Dominance Is Starting to Decline https://www.tradingview.com/x/MiHb0KgJ/ Beginning on 20 October, Bitcoin’s dominance in the cryptocurrency market began to decline sharply. As a result, investors saw shots of other cryptocurrencies. If the downward trend of BTC continues and its price does not fall aggressively – this will be a good signal for the start of the altseason. A similar situation was noticed in January 2021, capital began to confidently move from Bitcoin to other cryptocurrencies. Given the hunger in which altcoins are, especially in pair to BTC, this scenario is currently the main one.
The post Bitcoin (BTC) Technical Analysis: Growth Is Incomplete appeared first on Cryptoknowmics-Crypto News and Media Platform. 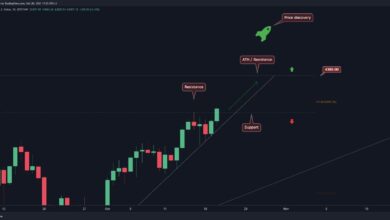 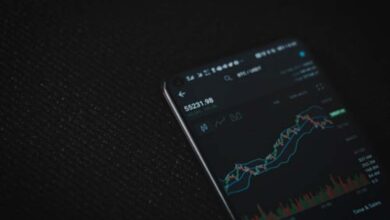