The global crypto market has retained momentum as it has continued to gain value. The changes for Bitcoin, Binance Coin, and others have remained positive. Though it had stumbled recently due to a bearish trend, it has taken hold of the situation. The increase has helped the investors get a return for their investments. It is yet to be seen how long will the bullish wave continue for the market.

Tesla’s CEO Elon Musk has countersued Twitter over the $44 billion deal. According to news from Reuters, Twitter’s legal team had sued Elon Musk for abandoning the deal due to legal delays. According to Reuters, their sources said the lawsuit had been filed confidentially. While there is little chance of the disclosure of the complete detail, there is a chance of revealing a redacted version.

The lawsuit was filed on Friday, just before the launch of a five-day trial expected to begin on 17 October. The trial will decide whether Musk will be able to walk away from the deal. Musk withdrew from the deal as he disagreed with its administration about fake accounts. He disagrees that there are 5% fake accounts on Twitter.

Here is a brief overview of the current market situation, analyzing the performance of Bitcoin, Binance Coin, and others.

Bitcoin miners have seen a tough time due to market fluctuations. There are different views on whether the mining business will collapse or it will regain momentum. Analysts are of the view that this crisis is an opportunity instead of a trap.

The latest data for Bitcoin shows that it has added 0.96% over the last 24 hours. In comparison, the data for the last seven days shows an increase of 7.73%. The increase will help Bitcoin reach $24K soon.

Binance’s CEO, CZ, has a keen eye on the market as it has kept fluctuating. According to Changpeng Zhao, the increased inflation and recession will lead to Bitcoin adoption. He is bullish on Bitcoin’s future, and it shows their investments in Bitcoin will likely continue.

The value of the Binance Coin has continued to improve as the gains continue. The data for the last 24 hours shows that it has added 1.54%. The weekly data shows an addition of 11.95%.

Neo has also shown a positive trend as the market has continued to grow. The increase has resulted in the addition of 2.03% to its value over the last 24 hours. The weekly data shows an addition of 12.45%. The price value for this coin is about $11.50 and is on the rise.

The global crypto market has seen a continuation of gains. These gains have resulted in the strengthening of metrics for Bitcoin, Binance Coin, and others. As the gains continue, it will help the market consolidate further. The market cap value has also retained its value despite fluctuations. It is currently estimated to be $1.10 trillion. 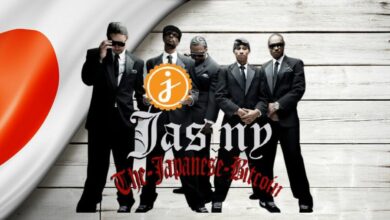