We are witnessing a real-time demonstration of the way a failing political order can lead to the imposition of Orwellian surveillance out of last-gasp desperation. That’s the only honest way to assess the Biden administration’s almost unspeakably bad proposal to require that all U.S. banks report data to the Internal Revenue Service about any account with more than $600 in annual deposits and withdrawals.

The rules do not include individual transaction reporting, but would require reporting total annual inflows and outflows for the vast majority of accounts in the U.S. The only comparable power grab in living memory was the secret surveillance of U.S. citizens’ communications by the National Security Agency. It should be deeply embarrassing to all Americans that our lawmakers are even considering imposing this new financial surveillance apparatus. As another nauseating index of political dysfunction, this rule isn’t even being considered on its own merits. Instead, much like recent half-cocked crypto reporting rules, it’s being crammed through as a pay-for in the big infrastructure bill, practically guaranteeing that it would be drafted hastily and with minimal debate.

It’s utter madness, not just as policy but as politics for Biden’s fellow Democrats. The party already has a reputation as proponents of the nanny state, and here they are lobbying for more surveillance at a moment when Americans are so deeply distrustful of government that they’re going to their literal deathbeds refusing to take a safe, effective vaccine against a deadly virus. The $600 threshold seems particularly suicidal for the Dems, making absolutely explicit that they want to spy on the little guy, too. It’s practically the perfect formula for alienating working people who might otherwise support the kind of helpful policies the infrastructure bill offers.

Republicans, it must be said, are also deeply culpable in this travesty, though they have, as usual, outmaneuvered and outsmarted the blundering, out-of-touch Dems into taking the brunt of the anger. It was the Republicans, remember, who rejected a provision in an earlier version of the bill that would have increased the enforcement budget of the IRS. That would have made it easier for the agency to investigate the high-end tax cheats who really matter. According to the Congressional Budget Office, it would have returned roughly $2.50 for every dollar of the increased IRS budget, without sweeping new surveillance powers.

On its face, then, increasing IRS enforcement was the right thing to do for America. It would have given investigators the resources to dig into specific suspicious individuals and activities, as opposed to the mass data gathering being proposed as an alternative now. But the Republicans decided their anti-tax stance meant not just supporting lower tax rates but also making it easier for their richest donors to evade taxes entirely.

And so, thanks to this brew of different flavors of bad faith, we wind up with surveillance instead of enforcement. This rule should, of course, be opposed on principle – but it’s just one index of a much deeper, scarier downward spiral as social distrust and legislative haste grease the skids for the erosion of the privacy guaranteed by the Constitution. It will take a major change to escape that trap. 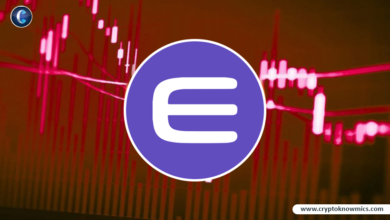