We’re seeing more and more chatter about crypto regulations from the current U.S. presidential administration but, despite certain statements from the SEC chair, the overall approach seems to be “wait and learn” rather than immediate action.

Side note: I’ll be in Washington, D.C., next week for a few days. Want to say hi? Let’s connect!

You’re reading State of Crypto, a CoinDesk newsletter looking at the intersection of cryptocurrency and government. Click here to sign up for future editions.

The Biden administration is continuing to gear up for crypto regulations, with rumors now circulating of a draft executive order that would direct federal agencies to propose rules for the industry.

The executive order would be the broadest effort yet by the administration to rein in a crypto industry seen in regulatory circles as an emerging threat to financial stability. Still, if the description of this order – that it would direct agencies to study and propose recommendations on regulation around crypto – is accurate, it may be another promising sign for the industry at large.

Rumor has it President Joe Biden may issue an executive order (EO) that would direct federal agencies to study the crypto sector and develop recommendations for regulating it.

First reported by Bloomberg’s Jennifer Epstein and Benjamin Bain, the draft executive order, which may not necessarily be issued, doesn’t seem to go beyond this “study-and-propose” level of regulation, though it is using a wide brush in terms of which parts of the government are involved.

The key takeaway seems to be that the administration wants to know more about crypto, how it works and how it might fit into existing regulations or what new regulations the industry might need. That the administration is taking a wait-and-see approach as opposed to immediately moving to ban or even strictly regulate crypto seems obvious but two details in the possible EO support this idea.

First, the EO, if it is as described, would direct federal agencies to both coordinate their work around digital asset regulation and come up with recommendations for such regulation. We already know the markets and banking regulators have spent years developing guidance and rulemaking around cryptocurrencies, creating futures markets and conditional trust bank charters. More recently, the Department of Justice announced a crypto enforcement group for crimes dealing with digital assets.

What the government now seems to be doing is bringing the Commerce Department and National Science Foundation into the mix, as well as unnamed national security agencies (though even there, entities like the Financial Crimes Enforcement Network and Office of Foreign Asset Control have already been active in crypto regulation).

The second detail is the White House is considering appointing a “crypto czar” as part of this coordination effort.

My understanding is this potential EO is meant to get the entirety of the federal government involved in overseeing cryptocurrency. The National Security Council and National Economic Council are both involved, highlighting that the administration is still focused on both possible criminal or national security threats (ransomware falling into both of those categories, for example) and financial stability concerns (such as the oft-repeated concerns with stablecoins).

Generally speaking, I’m hesitant to say whether something is good or bad for crypto, largely because I’m not convinced that “good and bad” is the appropriate framework for discussing events in crypto and partly because if I’m wrong I’m sure someone will tweet a screenshot of this newsletter at me in three years. But in this particular instance I’m going to go out on a limb and say this type of coordination is probably good for crypto.

If nothing else, the fact that so much of the federal government is looking to better understand crypto and hasn’t immediately announced any intention to ban seems like a tacit endorsement of the idea that this industry will have a lasting impact. If this sounds familiar, it’s because I (and a few others) said the same thing after the infrastructure bill debate from this summer.

Moreover, while a lot of attention is (naturally) being paid to criminal activity like ransomware, the response has (so far) been pretty targeted in scope.

That may change of course. If stablecoin issuers do become subject to bank regulations, that could give the federal government de facto authority over which stablecoins can be issued in the U.S. and which cannot. In other words, it could ban any stablecoins the administration doesn’t like.

Even with this soon-to-be-proposed stablecoin regulatory framework, there is a window for businesses to continue operating as they are. The Treasury Department even hopes Congress will take up this effort and pass a law, rather than have the executive branch address the matter through the Financial Stability Oversight Council (which I imagine Sen. Pat Toomey will be thrilled to hear).

And, of course, there’s still the looming infrastructure bill and its crypto tax provision, which does have the Treasury Department’s support. Negotiations are ongoing in the Senate over a second spending bill that would also go toward U.S. infrastructure projects. The fate of the two bills are intertwined right now so it may be a while before we hear anything.

This brings me back to my key takeaways: The latest reported EO seems a natural culmination of what the administration has been building up to since Biden took office some nine months ago.

Changing of the guard

Big banks have criticized OCC nominee Saule Omarova for her views on “essentially ending the banking industry as we know it,” reports Politico’s Zachary Warmbrodt.

New Venezuela’s Digital Bolivar Isn’t Digital, and It Won’t Solve the Country’s Economic Crisis: Venezuela rolled out a “digital bolivar,” which proved to be anything but, reports Andrés Engler. This spiritual successor to the nation’s petro digital currency seems to just be an effort to calm the local hyperinflation, but questions still abound over the impact on the local dollar exchange market.US FDIC Said to Be Studying Deposit Insurance for Stablecoins: The Federal Deposit Insurance Corporation, a federal bank regulator that protects some forms of bank accounts from bank failures, is weighing how it might provide cover for certain stablecoins and for banks that want to issue stablecoins, reports Nate DiCamillo.Gensler’s Crypto Testimony: 6 Key Takeaways: SEC Chair Gary Gensler testified before the House Financial Services Committee last week. My colleague Cheyenne Ligon covered the key takeaways.

(Bloomberg) Bloomberg’s Zeke Faux dove into Tether’s nearly $70 billion market capitalization and how it got there. Much of this saga has already been reported over the years by CoinDesk and other outlets, but Faux clearly lays out how the last few years have gone, and reveals some of the entities Tether has loaned funds to, such as crypto lender Celsius Network.(The New York Times) The New York Times took a look at El Salvador’s rollout of its bitcoin law – and the largely popular pushback by El Salvador’s residents against what they see as a government-forced mandate that utilizes a secretly run government wallet.(The Washington Post) An individual paid hundreds of thousands of dollars to buy website domain names that closely resemble major cryptocurrency exchanges – except with common typos. This information was revealed as part of the massive Epik hack and information dump, reports The Washington Post. The Post wasn’t able to determine if anyone lost money to these sites, but it’s clear they seem to be aimed at tricking crypto users into putting their credentials into fraudulent sites.

If you’ve got thoughts or questions on what I should discuss next week or any other feedback you’d like to share, feel free to email me at nik@coindesk.com or find me on Twitter @nikhileshde.

You can also join the group conversation on Telegram. 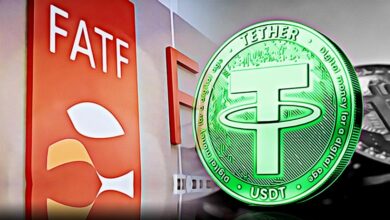 To Comply with the FATF Travel Rule, Use Tether Trials 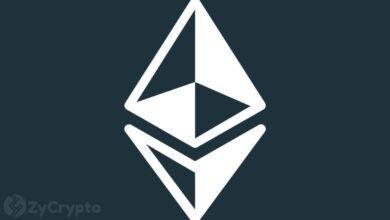 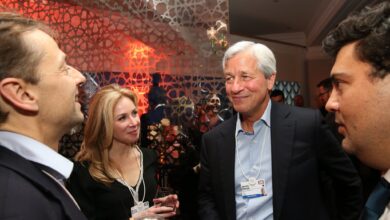 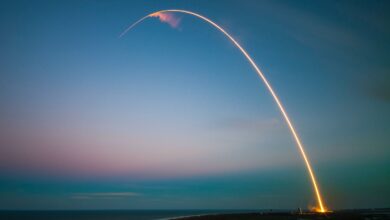 $2T and Counting: Some Friday Perspective