Governments around the world may start to clamp down on non-fungible tokens (NFTs) by introducing stringent laws to regulate their trade, according to three crypto executives.

The warning comes in the wake of an investigation by the UK Gambling Commission (UKGC) into the operations of Sorare, an NFT platform that allows users to buy and sell football cards.

In a statement on Oct. 12, the Commission said the investigation will determine whether Sorare requires an operating licesce or whether it was providing services that may be considered as gambling. Sorare denies any wrong doing.

However, there is concern that the outcome of this investigation might ripple through the entire NFT industry, forcing governments – already spooked by the thought of decentralized blockchain technologies as hotbeds for money laundering – to take action.

“An overall regulation of NFTs is imminent, and will likely be orientated towards ‘traditional’ crypto regulation,” Adrian Krion, chief executive officer of Spielworks, a blockchain gaming and NFT firm, told Beincrypto.com in an interview.

Non-fungible tokens have soared in value recently, with the volume of trades topping $14 billion from just a few thousands in 2017, when the buying and selling of tokenized digital artwork started, according to Dappradar. The sector is dominated by the Opensea marketplace, which has clocked $8.9 billion in total volume, followed by Axie Infinity at $2.5 billion.

Both platforms operate on the Ethereum blockchain, as do the majority of marketplaces, but there’s some distant competition from those running on Polygon, Binance Smart Chain, Tezos and others. Coinbase’s recently announced NFT platform might pose a threat to Opensea’s dominance.

Krion described the Sorare investigation as “a very individual case” that might not necessarily result in a chain reaction across the NFT space, but still expects regulation to come. “Based on the nature of NFTs as tradable assets, similar anti-money laundering rules as for crypto will apply,” he explained.

He hopes that “any kind of regulatory framework applied to NFTs will differentiate between individual use cases for NFTs, just like there are different types of assets among tokens, as well.”

But the times where regulators stepped to the sidelines before making decisions is now over, according to Julian Molina, co-founder of Superalgos, an open-source crypto trading intelligence network.

“We should expect regulation to come on all fronts,” Molina said. “And NFTs are no exception, regardless of the business model or jurisdiction behind them.” He emphasized the importance of decentralization, warning that “projects that don’t build resilience into their frameworks are and will always be vulnerable.”

Vasja Zupan, former chief operating officer at crypto exchange Bitstamp, does not “foresee an immediate shift in regulatory focus”, even with the non-fungible tokens’ mania reaching a crescendo in recent months. “A healthy regulatory oversight is good for the whole industry,” Zupan, now president of crypto exchange Matrix, told Beincrypto.com.

“I’m confident that responsible entities will prevail in the end, either crypto exchanges or NFT companies. That will eventually need to include some sort of regulation,” he added. Zupan said NFTs were currently in that period of “fast moving innovation without regulation”, which has led to increased attention from both investors and regulators alike.

Non-fungible tokens serve functions such as governance, utility, and rewards. They also act as a barometer for sentiment within the NFT industry. Considered by some as the wild west of the blockchain industry, NFTs have also started to draw criminals into the space.

In September, a hacker scammed a fan of $336,000 on an NFT by renowned graffiti artist Banksy. A British collector won the auction to buy Banksy’s first NFT from the artist’s website only to realize later it was a fake. In other cases, artists are seeing their work showing up in NFTs that they themselves did not mint. 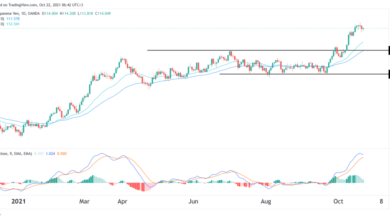 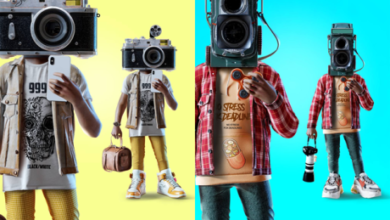 Uniswap, dydx, Compound on the rise, but why are there still questions