The latest financial institution to file for a bitcoin exchange-traded fund (ETF) is Cathie Wood’s Ark Investment Management. The ARK 21Shares Bitcoin Futures Strategy ETF plans to invest in exchange-traded bitcoin futures under the ticker ARKA. However, the U.S. Securities and Exchange Commission has yet to approve one and the queue is getting longer with more than 20 already filed.

According to reports, the filing was made on Oct 13 by ETF issuer Alpha Architect, with 21Shares listed as the sub-adviser and Ark providing the marketing. 21Shares is not well known in the U.S. but has gained recognition in Europe for crypto ETPs that track a range of digital assets such as BTC, XRP, and DOT.

Futures products are likely to be the first to gain approval. This is because they are viewed more favorably as they are governed by the Chicago Mercantile Exchange (CME) and require investors to put down cash on margin to trade.

Bloomberg senior ETF analyst, Eric Balchunas, is still confident that one will be approved this month, stating that ProShares is the most likely:

Freshly updated look at Bitcoin Futures ETF Race including the first poss date each could launch (aka when the 75 days are up). If no issues, ProShares likely trading next week.

He added that Valkyrie also just updated its Bitcoin futures ETF prospectus adding the BTF ticker “which typically only happens when ducks in row ready for launch.” He said that applicants often finalize the fine details when approval and launch are imminent.

The analyst stated that the move by Ark makes sense as the firm is already exposed to Grayscale’s Bitcoin Trust.

It’s a no brainer for Ark because they will likely be able to instantly seed it with about half a billion that they currently have in GBTC. Ark also has a strong base of younger investors who probably would use this as well.

Bitcoin markets have been building momentum over the past month in anticipation of an ETF approval which will greenlight the asset class for U.S. institutions.

BTC prices are up a further 3% on the day after topping $58,500, their highest level in five months, during the morning of Oct 14.

Bitcoin is now just 10.5% away from its mid-April all-time high according to CoinGecko, and a favorable decision by the SEC this month could result in new heights being reached.

Martin has been covering the latest developments on cyber security and infotech for two decades. He has previous trading experience and has been actively covering the blockchain and crypto industry since 2017. 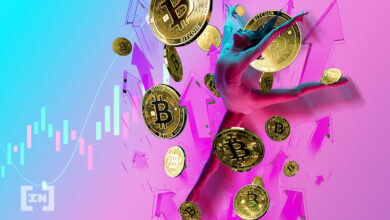 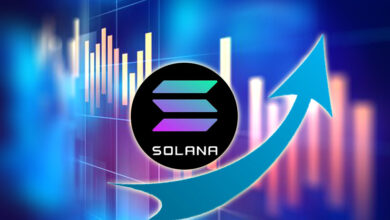 Solana Reaches a New High in TVL on DeFi Protocols, As the Price of SOL Skyrockets 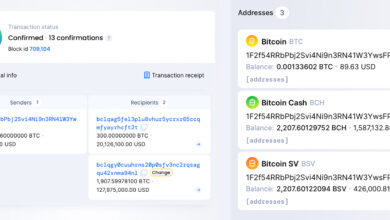 While BTC Skyrocketed to $69K, Whale From 2013 Transfers $147 Million Worth of ‘Sleeping Bitcoins’