On Sept. 8, Standard Chartered’s cryptocurrency research team projected the price of bitcoin could reach $100,000 in the last days of 2021 or the early months of 2022. Several crypto CEOs have also made similar predictions, as has Thomas Lee, managing partner of Fundstrat Global Advisors.

However, apart from a momentary break beyond the $50,000 price mark in the first week of September, bitcoin has failed to attract any bullish momentum. At press time, the price of bitcoin is around $43,700, as it continues to range between the $41,000 support and the resistance level near $50,000. So what’s causing this downward pressure?

It goes back to last year. For the better part of 2020, the decentralized finance (DeFi) sector recorded unprecedented trading volume and saw thousands of crypto users lock away their assets in multiple DeFi protocols in order to generate high-interest yields. As such, it would be expected that many investors would have converted their bitcoin holdings to ether or other smart contract-supported tokens to participate in the craze.

Although there was a momentary drop in DeFi-related activities in the latter part of 2020 and into early 2021, the sector experienced a second wave of investment in recent months as non-fungible tokens (NFTs) started to gain prominence. On Sept. 7 the total value of assets locked (TVL) in DeFi almost surpassed the $100 billion milestone for the first time, according to DeFi Pulse. This latest surge has already exceeded last year’s growth, with the TVL ballooning 253% from $23.8 billion to $84.1 billion compared to 183% last year ($8.39 billion to $23.8 billion.)

A lot of this new growth is thanks to the arrival of new competitors in the decentralized application space, including:

Each of these smart contract-focused platforms have already established their own DeFi ecosystems of native dapps and tout cheaper fees and faster transaction speeds than Ethereum’s current blockchain technology.

It’s not just DeFi that is stealing the spotlight away from bitcoin. The NFT market has also enjoyed significant success in 2021. The amount spent to purchase NFTs through a 30-day period has risen dramatically from around $10 million at the beginning of 2021 to roughly $2.6 billion as of Sept. 17.

Due to the ascendancy of DeFi and NFT, bitcoin’s dominance (the total percentage of bitcoin’s market cap relative to the total cryptocurrency market cap) has dropped significantly – it was 69.7% at the beginning of the year but is now down around 41.9%. In other words, bitcoin is not commanding the same level of interest and attention it was nine months ago. This could point to why it has struggled to gain the type of buying pressure necessary to break above $50,000.

The U.S. Senate recently passed the contentious infrastructure bill. This involves a $1.2 trillion budget intended to be used to improve various areas of the economy. Part of the proposal includes amending the rules around cryptocurrency taxation in order to help foot this gargantuan bill. One of the changes includes requiring crypto brokers to report transactions. While the requirement itself is seen as a means to surveil crypto users and ensure better tax compliance, the main bone of contention is the lack of a clear definition for the term “broker.” Crypto advocates argue the term is too broad and may be interpreted to include crypto miners, developers and node validators – none of which are custodians of customers’ funds.

Although there have been attempts by a bipartisan group of crypto-friendly congressional members to amend the bill, it is looking less likely that much can be done to alter the crypto reporting requirements before it is passed into law. Historically, regulatory uncertainties such as this have often impacted the performance of bitcoin.

Then there are the ongoing regulatory tussles between state securities regulators in the U.S. and crypto lending companies, including Celsius and BlockFi. Regulators argue that the interest-bearing crypto savings accounts offered by both companies violate state securities laws. At the federal level, the Securities and Exchange Commission (SEC) has maintained its cautious approach to crypto, which is why a bitcoin exchange-traded fund (ETF) is yet to be approved in the U.S. Analysts believe that the approval of a bitcoin ETF could spur a new flow of retail and institutional interest in bitcoin, which may prove vital to the realization of the $100,000 price projection.

While the SEC does not seem too thrilled about a bitcoin ETF anchored by physical bitcoin, there is a slim possibility that it might consider approving a bitcoin futures ETF (an ETF that has bitcoin futures as its underlying asset).

4. The dollar is rising

Following the release of the retail sales report for August, the dollar rose to a near three-week high on Sept. 17. The retail sales rose by 0.7% despite expectations they would fall by 0.8%. This data shows that America’s economy is on a bullish trend, and businesses are easing into a new market reality after COVID-19 lockdowns. Despite the outbreak of the delta variant of the coronavirus, the appetite to spend has not decreased. As such, a recovering economy means less interest in economic hedge assets like bitcoin.

Another economic data that might have spurred the lackluster reaction to the bitcoin market is the drop in the U.S. inflation rate from 5.4% to 5.3% in August. While some believe this figure is high relative to the country’s historical figures, others see it as a positive indicator, considering that the situation could have been much worse.

On Sept. 24, the People’s Bank of China (PBoC) issued a new statement regarding the illegality of cryptocurrency transactions and mining, adding that now crypto-to-crypto, as well as crypto-to-fiat transactions, are banned. This means virtually all crypto trading-related activities are prohibited in the country for the first time ever, including buying, selling or trading virtual currencies like bitcoin, ether and tether.

The Chinese central bank also made it clear any citizen found working for offshore crypto exchanges will be investigated.

But it wasn’t just the PBoC that weighed in on the new crypto laws, the National Development and Reform Commission (NDRC) also voiced intentions to ramp up the enforcement of the country’s ongoing crypto mining crackdown. In a statement entitled “Notice on the rectification of virtual currency ‘mining’ activities,” officials set out plans to completely phase out crypto mining in the country.

First, new companies looking to enter the mining industry will be restricted. Secondly, local authorities will be ordered to cease all support for existing mining operations – this includes shutting off direct electricity supplies and encouraging other suppliers to ramp up costs to make mining operations financially unviable. Finally, the NDRC has said it will prevent any new investment from flowing into the sector and sever any remaining financial services to crypto mining businesses.

After a rousing performance in September, Avalanche lying low despite Bitcoin rally

Why this exec changed his mind about Bitcoin 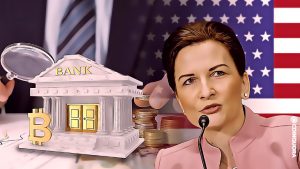 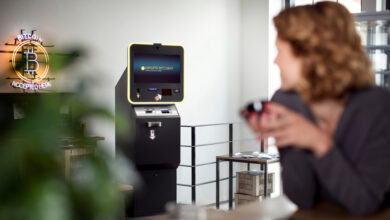